Directed by Stephen Daldry
A mesmerizing and multidimensional drama based on a Pulitzer prize-winning novel about the yearning of three women and their varied paths to passion, meaning, and happiness.

There's just this for consolation: an hour here or there when our lives seem, against all odds and expectations, to burst open and give us everything we've ever imagined.
— from the novel The Hours by Michael Cunningham

In the stunning opening scene of this inventive and mesmerizing film, Virginia Woolf (Nicole Kidman) is penning a farewell letter to her husband. Her poignant words accompany her as she leaves their house, walks to the river, fills her pockets with stones, and wades into the rushing current, allowing it to consume her. We immediately recognize this is not an ordinary movie. The Hours is based on the Pulitzer Prize-winning novel by Michael Cunningham with a screenplay by David Hare. The multi-layered structure of the story is laid out beautifully in the opening seven-minute sequence that unfolds without dialogue and is carried into our emotions with the enchanting piano and strings music of Philip Glass.

We are introduced to three women on three different days in the twentieth century. In 1923, in the London suburb of Richmond, Virginia Woolf writes the first sentences in her new novel Mrs. Dalloway about a woman giving a party. In Los Angeles in 1951, Laura Brown (Julianne Moore) has decided to bake a cake for her husband's birthday. In her spare moments, she is reading Mrs. Dalloway. For Clarissa Vaughan (Meryl Streep), it is a momentous day in contemporary New York as she prepares to host a party in honor of a poet friend who has just won a prestigious award.

Virginia Woolf has battled mental illness, depression, and mood swings for years and has attempted suicide several times. She carries on for the sake of her art and the life it brings to others. Her patient husband, Leonard (Stephen Dillane), has brought her to a quiet suburb so she will experience less stress than their former life in London. But Virginia is restless and irritable. She has a little squabble with a maid and then greets her sister, Vanessa (Miranda Richardson), who has come for tea with her three children. Virginia joins her niece in laying to rest a small dead bird the children have found. She asks Vanessa why she is never invited to her parties in the city. Then just before she leaves, Virginia kisses her sister on the lips, a gesture that startles both of them. Later Virginia takes a walk with the idea of taking a train back to London. Leonard finds her at the station, and they have an argument over her unhappiness. She agrees to return home and realizes that her discontent will find an outlet in the character of Clarissa Dalloway.

Clarissa Vaughan lives in New York City where she works as an editor and lives with Sally (Allison Janney), her lover for ten years. Yet the real joy and sustaining relationship in her life is Richard (Ed Harris), who is dying of AIDS. She has been looking after him and is terrified of losing him. He doesn't want to attend the party in his honor, feeling that he has failed as a writer. While Clarissa is cooking that afternoon, Louis (Jeff Daniels), Richard's ex-lover, shows up early having just flown in from San Francisco. They reminisce briefly about the past, and he tells her of the liberation he felt after leaving Richard. In contrast, the most magic moment in Clarissa's life was when Richard kissed her on the beach when they were both young and filled with dreams about all the wild possibilities. At his apartment, just before the party, Richard tells Clarissa, whom he fondly calls "Mrs. Dalloway," that he has only been staying alive for her and that she must let him go. Later that night, Clarissa confesses to her daughter, Julia (Claire Danes), that she didn't recognize happiness when she experienced it.

Laura Brown has a young son, Richie (Jack Rovello), and is expecting another child. Her conventional husband, Dan (John C. Reilly), treats her like a queen in their suburban home but vaguely senses that she is not very happy. He is right. She just doesn't seem to be able to do the housewife things very well. It's Dan's birthday but he's the one who buys flowers. And the cake she makes with Richie is a flop. One of her socially popular neighbors, Kitty (Toni Collette), shows up and announces that she is going to the hospital to have a growth in her uterus checked out. Kitty has the suburban scene down to perfection but she considers Laura to be the lucky one because she can have children. Feeling very sorry for what Kitty has to go through, Laura kisses her on the lips with an emotional intensity that far exceeds the etiquette of suburbia. It expresses the other life that Laura is yearning for. Her son Richie senses his mother's aloneness. When she drops him off with a babysitter, he screams out and runs after her car. That afternoon in a hotel room, Laura intends to end her life by taking pills. But after reading more of Mrs. Dalloway, she decides not to do it.

Stephen Daldry (Billy Elliott) directs The Hours with a skillful sense of pace and a high regard for the acting talents of the actresses who carry this film into our hearts with so many inimitable scenes of tenderness, loss, discontent, and yearning. The film explores the many spiritual connections that link our lives to others, living and dead. It also reveals the desperate yearning for happiness that propels so many people into a new day with high hopes. The drama also will speak to all those who at one time or another have felt closed off or alienated from the lives they've chosen or been forced to bear due to circumstances beyond their control.

In the evening, Leonard Woolf asks Virginia why someone has to die in her novel Mrs. Dalloway. She replies: "Someone has to die so the rest of us will value life more in contrast." This could be said of the film as well. For finally, The Hours deals in imaginative and substantive ways with the disappointments that can accumulate and lead to suicide, and the small moment-by-moment realizations that can bring someone back from the brink.

The special edition DVD includes audio commentaries with the film’s three stars, as well as with director Stephen Daldry and novelist Michael Cunningham. Four featurettes focus, respectively, on the three main characters in The Hours, on the music in the film, on the various lives of Mrs. Dalloway, and on the writer who created her, Virginia Woolf. 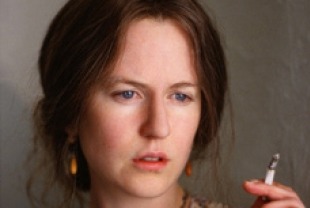 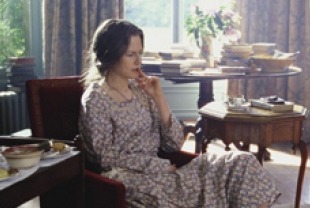 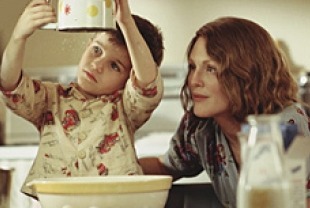 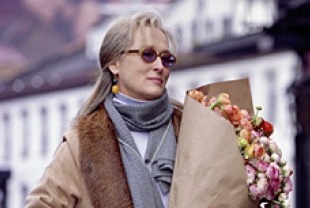