Directed by Francois Truffaut
Exudes all the enchantment, zaniness, and transitory pleasures of the movie-making business.

Cinema is a halfway house between dream and reality. Francois Truffaut is a master at both. In this thoroughly charming film, we are treated to a behind-the-scenes look at movie-making. The setting is the Victorine Studios in Nice where a harassed director (played by Truffaut himself) is under immense pressure to complete a melodrama called "Meet Pamela" in seven weeks.

The cast is comprised of Julie Baker (Jacqueline Bisset), an American star who has recently recovered from a nervous breakdown' Alphonse (Jean-Pierre Leaud), an obnoxious love-obsessed actor whose jumbled up personal life is a problem on the set; Alexander (Jean-Pierre Aumont), a suave lonely actor who longs for the days when he was the "continental lover" in Hollywood; and Severine (Valentina Cortese), a hypersensitive actress who's trying to hide a personal tragedy under liquor. The shooting schedule proceeds like a crap game-all guesswork and lots of luck.

The set is a dream machine where soap suds stand in for snow, electric lights are make-believe candles, and a busy downtown square becomes a puppeteer's ideal (all the director has to do is pull the strings and the square comes alive with action). Besides the minor infidelities and a major tragedy among the lead characters, we are witnesses to vignettes revealing the ways of the cigar-smoking producer who must look after the financial interests of the American backers, the lecherous property man with more ego than talent, the attractive actress who uses her pregnancy to advantage, the script girl who is the director's right hand person and anyone's lover, and the make-up girl who's always ready to be a listener.

Day for Night is an absolutely ingratiating film that mixes spicy comedy with astute observations on human nature. It exudes all the enchantment, zaniness, and transitory pleasures that are the essence of the movie-making business. Truffaut shares a little secret with us: wonder is at the heart of this entire enterprise.

The DVD edition is loaded with extras, including several featurettes. One is a nine-minute conversation with star Jacqueline Bisset about her experiences during the filming; another, a 17-minute look at the film and its director by Annette Insdorf, cinema professor and author of the book Francois Truffaut; and an eight-minute segment of interviews focusing on Truffaut in America by Professor Insdorf with director Brian de Palma, actor Bob Balaban, and film critic and historian Todd McCarthy. Four additional short featurettes include new interviews with the cast and crew. Also included are two interviews with Truffaut, made shortly after the release of the film, and 34 scene selections. 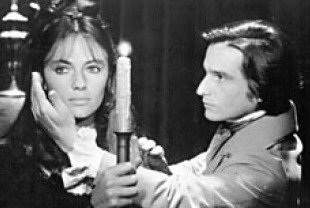