Directed by Stephen Frears
A gritty English drama about racial tensions and the thriving underground economy in England during the 1980s.

This excellent British film was directed by Stephen Frears from a screenplay by Pakistani writer Hanif Kureishi. It offers a grim portrait of societal disintegration during the 1980s in Great Britain, a country rife with racial tensions and a thriving underground economy.

Among the interesting characters are Omar, a young Pakistani who turns to business instead of education to get ahead; Nasser, his rich wheeler-dealer uncle who stakes him as an entrepreneur; Johnny, Omar’s homosexual lover who must choose between him and the friendship of his fascist punk comrades; Tania, Nasser’s promiscuous daughter; and Rachel, Nasser’s middle-aged mistress. The superb performances by the cast, which includes Saeed Jaffrey, Gordon Warnecke, Shirley Anne Field, and Daniel Day Lewis, add clout to this provocative film. 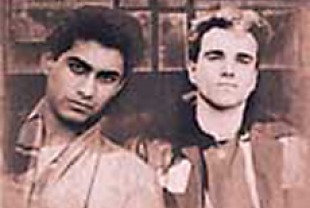