Directed by Jon Avnet
A wonderful cinematic valentine to the life-enhancing and soul-stirring powers of friendship.

When you tell the story of your life, tell it true for it may just change another person's life. That's what happens in Fried Green Tomatoes, an MCA/Universal Home Video release. Jon Avnet directs this appealing film based on Fannie Flagg's 1987 novel.

Evelyn, an unhappily married middle-aged woman, meets Ninny Threadgoode, an 82-year-old who is living in a retirement home. Sensing Evelyn's depression, she decides to lift her spirits by reminiscing about two Depression-era women whose friendship gave their lives meaning and purpose. The two were different as night and day but they trusted each other. As partners in the Whistle Stop Cafe, they were able to face the challenges of a violent man, small town racism, and death. Their story and Ninny's understanding, in turn, give Evelyn the strength to regain control of her life.

Kathy Bates, Jessica Tandy, Mary-Louise Parker, and Mary Stuart Masterson give shining performances as they elicit our laughter and our tears. Novelist Alice Adams has stated, "I think women know how to be friends. That's what saves our lives." In Fried Green Tomatoes, four lives are buoyed up and transformed by the alchemy of friendship. 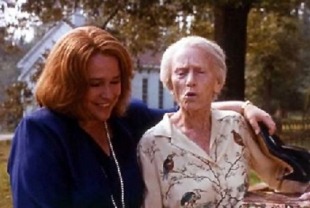 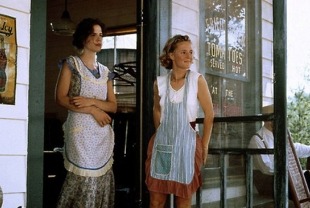