Directed by Steve Spieldberg
Touches the heart, engages the senses, and playfully challenges us to cavort with its allusive meanings.

Steven Spielberg's E. T. is the best film of 1982, and it is one of the finest science fiction fantasies ever made. A spaceship is spotted in a California forest at night. While the extra-terrestrials are exploring the bush, a group of men with flashlights appear on the scene. The outer space vehicle takes off, leaving one small E. T. visitor behind.

He is found by Elliot (Herny Thomas), a 10-year-old who gives the stranger sanctuary in his bedroom. The boy does not tell his mother (Dee Wallace) but does tell introduce E. T. to his teenage brother, Michael (Robert MacNaughton), and his little sister, Gertie (Drew Barrymore). They feed E.T., try to communicate with him, and eventually help the weakening visitor find a way to signal his spacecraft that he wants to go home. Meanwhile, the men searching for E. T. led by a kindly scientist (Peter Coyote), close in on the suburban household.

"It is the mark of a good fairy-tale, of the higher or more complete kind, that however wild its events, however fantastic or terrible the adventures, it gives to child or man…when the 'turn' comes, a catch of breath, a beat and lifting of the heart, near to (or indeed accompanied by) tears."
— J. R. R. Tolkien

Steven Spielberg's film is what Tolkien had in mind. This emotionally rich and cinematically vibrant fairy tale touches the heart, engages the senses, and playfully challenges us to cavort with its allusive meanings.

This movie offers adults and youth the opportunity to share their feelings about family, friendship, extra-terrestrial life, fantasy, faith, technology and the future. Seeing the film may just be the beginning.

"The sense of wonder, that is our sixth sense. And it is a natural religious sense."
— D. H. Lawrence

A religious movie may or may not have religion in it. What it does have is a certain openness to Mystery itself, and what it asks of us is a generosity of spirit and curiosity.

Director Spielberg in a New York Times interview has stated: "There's no proof UFOs exist but it's always nice to imagine what you think could be there, and the best movies I've ever seen are movies that are slightly above one's normal eye-level — something you have to reach up to and suspend your disbelief."

Where does one get tutored in wonder? Many kids would answer very quickly — at the movies. Adults might say the same. Some would add that they feel wonder in their learning experiences — from the dynamic, often unprogrammed moments when they come in contact with a new thought or a fresh image (frequently supplied by the arts and media).

E. T. and Spielberg's previous film Close Encounters of the Third Kind opens up pathways into new worlds while also illuminating our experience of the commonplace. In each of these movies, it is less what we see in them than what we see through them that matters. 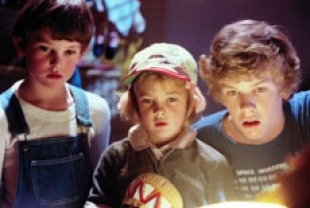 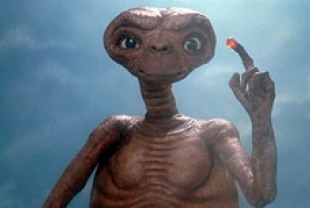 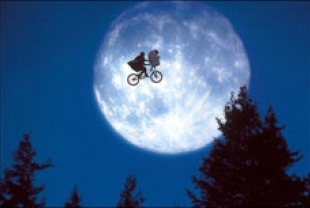 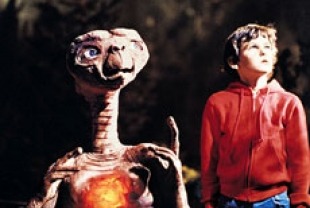