Directed by Aryana Farshad
Presents one woman's amazing spiritual encounters with Muslim believers, Zoroastrians, and Sufi dervishes in the hinterlands of this country once known as Persia.

In this mesmerizing documentary, filmmaker and narrator Aryana Farshad begins her spiritual pilgrimage in Iran with a look at the clash in the city of Tehran between ancient Islamic law and the consumer culture of the West. But the real enchantment comes once she heads into the towns and villages in the hinterlands. There Farshad finds remnants of ancient religious practices. She visits the breathtakingly beautiful mosque in Qom, which exemplifies the importance of beauty in Islam. Then she discovers rituals still being performed by Zoroastrians in cave-temples where the flames have been kept alive for centuries.

But the most interesting leg of this spiritual pilgrimage comes when Farshad films the sacred dances of Sufi dervishes in Kurdistan. Chanting the names of Allah, the men enter into a trance state, tossing their long hair back and forth over their heads. The same rocking movements are used by women dervishes, who are shown in various ceremonies and rituals. These Sufi mystics see the dance as a way to commune with Allah.

Farshad concludes her pilgrimage with the words: "My spiritual journey had taken me from the land of Ahuramazda to the realm of Allah. I came to believe there is only one God, the God of light, goodness, and joy. A God who abides not on the mountains or in the oceans, nor the cities or the sanctuaries, but in the human souls who worship there." 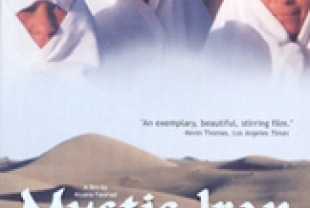