Directed by Irwin Winkler
An enjoyable musical biography of Cole Porter with a stellar performance by Kevin Kline.

The most delightful and delirious parts of this musical biography of the legendary composer Cole Porter are the performances of 24 songs he wrote for stage and screen. The focus on the Jazz Age and Tin Pan Alley will have special appeal to those who lived through the 40-year time frame, from 1918 through 1964, covered in the film. Director Irwin Winkler and screenplay writer Jay Cocks have taken a cue from Bob Fosse's All That Jazz and used a structure that enables us to see the elderly Cole Porter responding to the events of his life in an ongoing play staged by Gabe (Jonathan Pryce). The songs are given pop renditions by modern singers such as Sheryl Crow, Elvis Costello, Alanis Morissette, Natalie Cole, Diana Krall, Robbie Williams, and others in an obvious attempt to draw in the younger set. But the real treat is watching Kevin Kline's stellar performance as the debonair and self-absorbed songwriter.

Cole Porter (Kevin Kline) meets Linda Thomas (Ashley Judd), an American divorcee, at a party in Paris in the 1918. Coming out of an abusive marriage, she is enchanted with this young man's smooth style and his creative genius. "You don't have to love me the way I love you," she says to him, knowing about his yen for men. He is doubly blessed since Linda not only accepts his bisexuality, she's ready, willing, and able to be his Muse and manager. Her only request is that he be discreet. That, of course, proves difficult for this hedonist who wants to experience every kind of love available.

Porter's songs explore the many shades of love and include "Anything Goes," "Easy to Love," "In the Still of the Night," "It's De-lovely," "Let's Do It," "Let's Fall in Love," "Night and Day," "True Love," and "What Is This Thing Called Love?" The screenplay focuses on Cole and Linda's time together in Europe and their return to New York in 1928 where he writes musicals for the theatre. After she has a miscarriage, they move to Hollywood where he writes film musicals for MGM's studio chief L.B. Mayer (Peter Polycarpou). A threat of blackmail by one of Cole's aggressive lovers sends Linda back to Paris. In 1937, the composer is badly injured when a horse throws him and falls on him. Linda returns and convinces the doctors not to amputate his legs. Over the years, Porter suffers through great pain, many operations, and depression, but he continues to write. 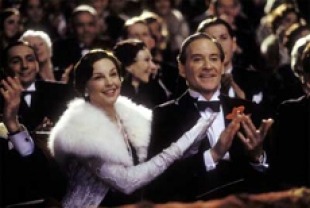 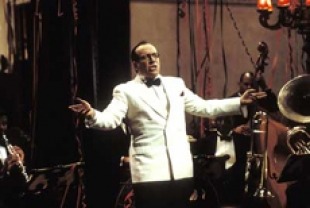