Features and documentaries about the history and impact of music and the legacies of some of its stars.

Music has always been a part of movies, but in 2018 – 2019, many movies are actually about music. These films — both features and documentaries — have given us some of our most touching recent experiences at the theater.

How do we explain this trend? Some of the documentaries are clearly attempts to convey the legacies of important — and aging — musicians. Others satisfy the need to get a handle on music history, now that the genres are multiplying. And other films affirm the salutary impact of music on people coping with difficult times. It's no wonder we often find ourselves singing the lyrics to John Miles' classic song:

"Music was my first love
And it will be my last.
Music of the future
And music of the past.
To live without my music
Would be impossible to do.
In this world of troubles,
My music pulls me through."

Here is a rundown of the latest films about music, followed by links to our reviews of other films from the past. 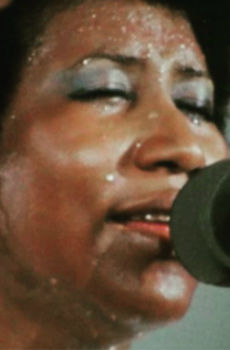 Amazing Grace (2018) treats us to the music and uncommon prophetic power of Aretha Franklin in her prime, in this concert documentary of her 1972 two-night appearance at Watts’ New Temple Missionary Baptist Church. 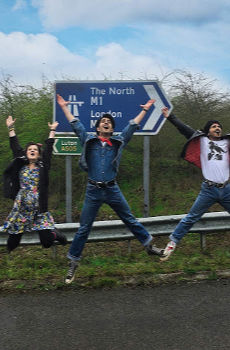 Blinded by the Light (2019) masterfully orchestrates a teen's transformation from bullied boy to self-confident writer through lively renditions of eleven Bruce Springsteen hits and a newly released song, "I'll Stand by You." Country Music (2019), a monumental series directed by Ken Burns, gives us stories of how legendary artists got their starts and what happened when they became successful, plus samples galore of their music. 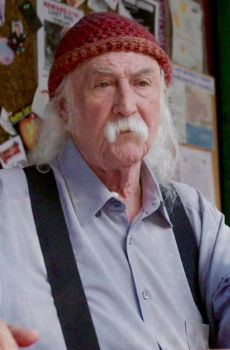 David Crosby: Remember My Name (2019) is a biodocumentary of the controversial career of David Crosby, showing what he still has going for him: his music, his loving wife, and his willingness to be brutally honest about himself. 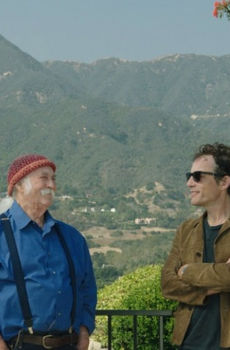 Echo in the Canyon (2019) provides an overview of a magic moment in music history when singers, songwriters, and musicians made the transition from folk to rock, from 1964 through 1968 in Laurel Canyon in the Hollywood Hills. The Gift: The Journey of Johnny Cash (2019) explores the ministry of The Man in Black, following the arc of his life — ambition, hard work, incredible success, followed by dips due to addiction and hardships, and then redemption. Harry Chapin: When in Doubt, Do Something (2020): showcases a portrait of the singer/songwriter whose story songs and humanitarian activism prove to be equally inspiring. 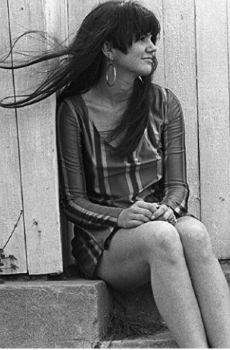 Linda Ronstadt: The Sound of My Voice (2019) shares with us the life and career of one of the best and most enduring pop performers, who was willing and able to try new things even when it might mean disappointing fans. Marianne & Leonard: Words of Love (2019) chronicles a period in the 1960s when Leonard Cohen — undergoing a transformation in his creative life from poet/writer to singer/songwriter — fell in love with Marianne Ihlen, his muse. Mountaintop (2019) focuses on Neil Young with the band Crazy Horse making their first album in seven years, facing various irritations and frustrations as they create distinctive and passionate music. Quincy (2018) puts Quincy Jones' unwavering dedication on continuous display in this testimony to his passion and work ethic, tenderly directed by Alan Hicks and one of Jones’ seven children, Rashida Jones. Rolling Thunder Revue: A Bob Dylan Story by Martin Scorsese (2019) is a rambling, rousing rock documentary about Dylan's 1975 road tour with a group of gifted performers eager to be part of an unprecedented musical extravaganza. Say Amen, Somebody (2019), a glorious 4K restoration of the 1982 tribute to gospel music, lifts our spirits and sets our toes a tappin' through black men and women who are "anointed singers" with a good-news message to proclaim. Springsteen on Broadway (2018), a film of his solo show, is a breathtaking personal tribute by the rock star, songwriter, and master storyteller to the spirituality of place, relationships, and service. Wild Rose (2019) goes beyond familiar show-biz drama to reveal an aspiring Nashville singer and single mother — alternately self-destructive and responsible — who just might pull off having a career and a family. Yesterday (2019) imaginatively plays with the idea of a world in which no one has ever heard of the Beatles, except for a formerly unsuccessful singer whose covers are taken to be originals and are, of course, wildly popular. ZZ Top: That Little Ol' Band from Texas (2019) shares memories of the three band members as they savor their 50-year jaunt as "oddballs" who refused to bow down to the fads or the fantasies of the East or West Coast recording industries.

Other Films about Music

Our Music Biography by Frederic and Mary Ann Brussat