Directed by Sandy Wilson
An energetic and authentic portrait of a 12-year-old girl's coming of age that reveals the mixed feelings young people have about sex, rebellion, independence, and self-esteem in a fresh and lighthearted way.

"Growing up involves experimenting with a number of roles at the same time as well as consecutively," Francis A. Ianno, professor of education at Teacher's College, Columbia University, writes in The Search for Structure: A Report on American Youth Today. "Every parent who has ever wondered at how this passive, even sullen, teenager he or she must deal with at home is transformed into the active, participating companion in the peer group has observed this phenomenon. The role identities of adolescents can be as myriad as the salient contexts in which they operate."

This role-playing propensity of youth is highlighted in My American Cousin, a Canadian film which won six Genie Awards — the Canadian equivalent of Oscars. It is an energetic and authentic portrait of a 12-year-old girl's coming of age. Sandy (Margaret Langrick) lives on a ranch in British Columbia with her parents and five siblings. During the summer of 1959, she writes in her diary, "Nothing ever happens." But her yearning for adventure and her fantasies about romance snap to attention when Butch (John Wildman), her 18-year-old cousin from California, drives up unexpectedly in a red Cadillac convertible. This American youth models himself after the rebel James Dean. He pouts just like him and tucks a pack of cigarettes in his t-shirt sleeve. Sandy's straight-laced parents wonder about him. Her father (Richard Donat) even asks Butch, "You haven't gotten a girl in trouble?" Trouble is the middle name of this vagabond who has little interest in work, especially helping pick cherries on the farm. He would rather gun his car down the highway with the radio playing full blast. Butch flirts with Sandy until he finds out she's only 12. Then he turns his attention to Shirley (Camille Henderson), who's dating a local boy. Although Sandy sees Butch as "conceited and immature," she identifies with his rebellious spirit. The only way she can rebel is to disobey her parents and stay out late. When Sandy tells him that she wants to run away, he responds: "Are you crazy? Girls don’t' run away." After the cousins have several escapades, Butch's parents show up to retrieve their car and their son. Sandy takes a long hard look at her American cousin and her own dreams of escape. Her small and routine world suddenly seems quite different.

In a lighthearted way, the film reveals the mixed feelings young people have about sex, rebellion, independence, and self-esteem. Anyone who has ever had a crush on someone older or yearned to hit the road in order to experience real adventure will find that Sandy Wilson's movie strikes many familiar chords. Best of all, this Canadian writer and director lets us see the dramatic changes of adolescence from a girl's perspective. 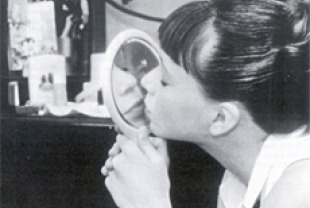