Directed by David O. Russell
A playful comedy that embraces the spiritual uplift of our connections with others amidst the muck of human separation that characterizes our present-day adventures.

Albert Markovski (Jason Schwartzman) is an intense and angry environmental activist who is dismayed that most Americans have no interest in what is of ultimate importance to him — saving the natural world from the omnivorous engines of the corporate world of malls and endless developments. Recently, he has experienced a series of coincidences that have left him both baffled and intrigued. What could it mean that he has bumped into a very tall African man three times? At a restaurant he is loaned a coat so he can meet the dress code. In its pocket, Albert finds a card leading him to "an existential detective agency" run by Bernard (Dustin Hoffman) and Vivian Jaffe (Lily Tomlin).

This oddball couple are in the business of helping troubled individuals see the big picture or, as Bernard explains it, to recognize that everything is connected and that our separation from others and nature always leads to suffering, pain, and unhappiness. He wraps Albert up in a blanket and tries to get him to contemplate all the connections, but this embattled young man can only imagine himself hacking off the limbs of his enemy, Brad Stand (Jude Law), a smooth-talking executive at a retail chain of superstores called Huckabees that wants to build a new mall in an area of protected marshlands. This wheeler-dealer joined the Open Spaces Coalition, which Albert founded, and has won over members of the coalition with his promises of a sponsorship deal that will produce environmentally friendly television spots with singing star Shania Twain.

After signing up with the Jaffes, Albert says he will tolerate their investigations into all aspects of his private life but they must stay clear of the delicate negotiations around his work for Open Spaces. But they are determined to explore everything in order to decipher the root causes of his unrest and rage. This leads them to Brad who becomes interested in the existential detectives and what they can do for him. Suddenly, he and Dawn (Naomi Watts), his pretty girlfriend who is the national advertising icon for Huckabees, find themselves sweating under the scrutiny of the Jaffes' investigations of them, including their sex life.

Realizing that Albert is straying far afield of the best course for his enlightenment, the Jaffes introduce him to his "other," explaining that sometimes the process of dismantling the ego-self gets rough, and it's good to have a companion for the process. Tommy Corn (Mark Wahlberg) is a very disturbed firefighter whose wife has just walked out on him because of his obsession with the dire global effects of petroleum use by Westerners since 9/11. Tommy, however, has become disenchanted with the Jaffes, and he encourages Albert to break the rules and get information from his file. This leads them to the home of a family who have taken in the mysterious African of Albert's coincidences. The authoritarian and self-righteous Christian couple invite Albert and Tommy to stay for dinner. But Albert's harsh words on big businesses and Tommy's slam on America's dependence on oil draw out their hosts' patriotic ire, and they have to leave.

Tommy then explains that he has decided to work with the Jaffes' former protégé and current rival, Catherine Vauban (Isabelle Huppert), a French philosopher whose nihilistic vision spotlights the cruelty, manipulation, and meaninglessness of all deeds in a world of random violence, despair, and darkness. She takes Albert to visit his self-absorbed parents (Talia Shire, Bob Gunton) where he is forced to remember an incident from his childhood when they ignored his genuine feelings of grief over the death of his cat. His mysterious connection with the African, she says, is that they are both orphans: the one by the civil war in Sudan and the other by the indifference of his parents. Perhaps she is on to something. In addition, she introduces Albert to the pleasures of getting down and dirty in the mud.

David O. Russell (Spanking the Monkey, Three Kings, Flirting With Disaster) has made a daring metaphysical comedy that touches on the insanities that rock our world. Any thinking person finds it hard not to be brought down into depression by a world convulsed by senseless wars, famine, melting icecaps, the desecration of wilderness areas for oil, and the continued malling of America by corporate interests whose capacity for Orwellian doublespeak boggles the mind. Try to name one recent Hollywood film that has even bothered to allude indirectly to these subjects and you will come up blank. That's one reason to support this one.

Here's another. No doubt many mainstream filmgoers will find this comedy far too outlandish for their tastes — especially with its talk about the meaning and meaninglessness of life mixed with over-the-top slapstick sequences. But, tell us, what other movie of this century features two heroes who ride bikes? Now there's something that is genuinely countercultural!

Anyone who has been regularly following trends in spiritual books knows of the widespread interest in Buddhism. Call this movie Buddhism 101. Screenplay writers Russell and Jeff Baena have done a bang-up job exploring the spiritual practice of connections or what Vietnamese Buddhist monk Thich Nhat Hanh calls "interbeing" — everything is in everything else. Bernard Jaffe calls this the "blanket thing," and says, "We need to learn how to see the blanket truth in everyday life."

Although there are plenty of hilarious conflicts in this story, its main message is that we are moving into a period when the dueling dualisms of the past are giving way to holistic thinking. The separations between mind and body, human nature and the natural world, are being seen for what they are — as the sources of great suffering and unhappiness. We are learning what Christian theologian Richard Niebuhr wrote about: "Passage into larger, more encompassing life takes place in our acts of connecting with living beings whom we in our casual unmindfulness, treat as separate from ourselves."

Two teachings come through this story: the Jaffes' on "infinity thinking" and Catherine's on the inevitability of "drama and suffering in life." But Albert discovers another one that supercedes them. Our crusading environmentalist finds that it is possible to reframe his archenemy and see that person as one who is suffering and looking for meaning just as he is. The heart at the center of this film is one of compassion. 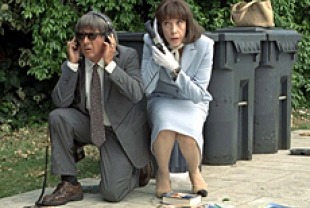 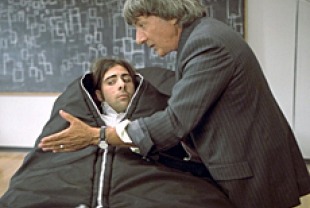 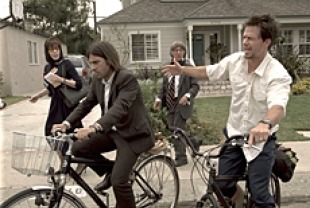 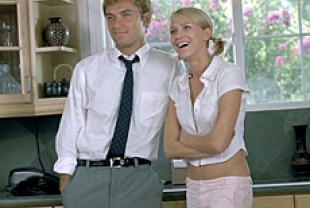 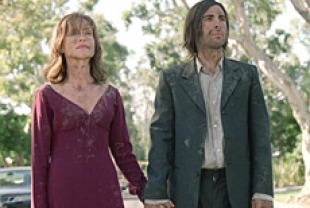