I Am a Monk

Directed by Tom Myrdahl
A fascinating documentary about the life of a Buddhist monk from New England living in Thailand.

This fascinating documentary by Tom Myrdahl examines the life of a Buddhist monk from New England living in Thailand. Although Michael's parents do not understand his decision, he feels very good about his choice of a path that offers meaning, simplicity, and completeness. While his friends from the past pursue the American Dream with a two-car garage and all the possessions they can attain, he begs for his food in Thailand and explains this ritual. A lay couple regularly give him what he needs to eat and they gain merit by their generosity. The relationship is mutually beneficial. All Michael needs is two meals a day and he is done eating by noon.

At the monastery where he stays, two young servants handle his money since he is not allowed to touch it. The quest for self-knowledge is enhanced by meditation and clearing the mind of the idea of self. Following the 227 rules of the place has forced him to unlearn many of his Western habits. An Australian lawyer is beginning his life as a monk, and the American is there to shave off his hair. Whether talking about walking meditation, the importance of experience in this tradition, or the development of selflessness, Michael proves to be an articulate spokesperson for Buddhism. 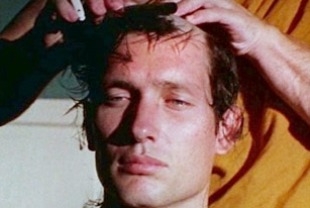