Directed by Jean-Jacques Annaud
A sweeping tale of an egotistical Austrian who undergoes a spiritual transformation through his contact with Tibetan Buddhists.

The key to being born again, receiving enlightenment, or undergoing a spiritual transformation is to step aside from the ego. All the religious traditions teach this truth. In Seven Years in Tibet Brad Pitt stars as Heinrich Harrer, a cocky and egocentric Austrian mountaineer whose thirst for fame leads him to abandon his pregnant wife in order to join a 1939 expedition to climb Nanga Parbat, one of the highest peaks of the Himalayas. His dreams of glory are shattered when the team fails in its mission. Meanwhile, World War II has broken out in Europe and Harrer, an enemy alien in a British colony, is imprisoned in a POW camp in India. He escapes and with climbing partner Peter Aufschnaiter (David Thewlis) finds sanctuary in Tibet, "Land of Snows."

The two Westerners struggle to adapt to life in the holy city of Lhasa. Peter meets and marries Pema (Lhakpa Tsamchoe), a beautiful Tibetan tailor. Heinrich, who misses his wife and longs to know the son he has never seen, finds fulfillment, meaning, and love in a friendship with the young Dalai Lama (played with incredible vibrancy by Jamyang Jamtsho Wangchuk). He tutors the 14-year-old boy in Western ways and, in turn, learns much from the holy one about compassion, humility, and slowing down.

Heinrich's seven-year idyll is abruptly ended when the Chinese invade Tibet in 1950 and force the Tibetans to sign an agreement surrendering their sovereignty. He feels the deep pain of the Dalai Lama as these peaceful people who reject violence on principle are killed and their monasteries and cities are destroyed. Director Jean-Jacques Annaud subtly conveys Heinrich Harrer's spiritual transformation. By the time the egotistical mountain climber returns home, he is a gentler and more sensitive man, tempered by his contact with Tibetan Buddhism. 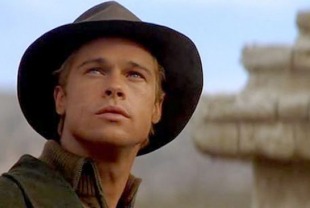 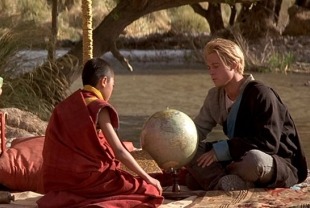