Directed by Simone Bitton
A scary and poignant documentary about the wall dividing Palestinians from Israelis.

Israeli workmen are seen moving concrete slabs of a security wall into place with a crane as the view is slowly blocked. The barrier (its forms include concrete walls, electronic fences, ditches, and barbed wire) is designed to cut off access to Israel from the Palestinian territories. It bespeaks the outcome of years of violence, hatred, distrust, and paranoia. Filmmaker Simone Bitton, an Arab Jew, takes her camera on both sides of the wall and conducts interviews with those passing by as she faces the wall. Most of these Palestinians and Israelis are not seen on camera.

The centerpiece is a formal interview with General Amos Yaron, director of the Israel ministry of defense, who explains why the wall was built. Number one reason is to serve as an obstacle to terrorists who want wreck havoc on Jews. The second is to deter thieves who are stealing Israeli cars and agricultural equipment. He blames the Palestinians for bringing this wall upon themselves. Thankfully, Jews with other views are also interviewed, such as a kindly man who has gone out of his way to establish contact with Palestinians in a nearby village and a kibbutz official who calls the security wall a madness that encloses Jews as much as it makes prisoners of those on the other side.

Bitton talks to Palestinians who are working on the construction of the wall which costs two million dollars per mile. These men are glad to have any work since their families have little to eat. A farmer whose children all went to college laments the fact that he can't get to his fruit trees on the opposite side of the wall. Another states that the real reason behind the wall is to grab Palestinian land. Meanwhile, men, women, and children are subjected to humiliations at various checkpoints and must spend hours making their way to work in Israel. The filmmaker notes that another undesirable aspect of the wall is that it is having dire effects on the environment.

In an interview, Britton points out that the documentary has a reference that goes beyond the Middle East tragedy:

"I made this film in order to evoke that which is happening elsewhere on this planet between rich and poor, between the mighty and the weak, between 'democrats' and 'others,' between those who have everything and those who have nothing. Everywhere, the weak want to traverse the walls put up in order to keep them out, and everywhere the mighty are scared to find themselves in the place of the weak. As if the happiness of some can come at the cost of depriving and confining others. Sometimes, the mighty are so afraid of the weak that they'll do anything to justify their fears and turn the weak into a real threat. Peace will come. It always does. But for now, the era of walls is upon us and I sense that it will be a horrific one."

People thought that we were entering a wonderful new world of freedom when the Berlin Wall came down. Little did we know that nothing was learned from that travesty. Now gated communities around the world separate the haves from the have-nots. This back-story makes Wall even more scary and poignant. 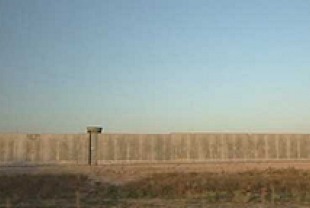 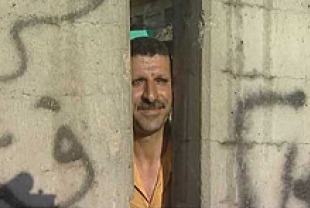