Directed by Mike Mills
A quirky coming-of-age film about a confused adolescent and his parents who are experiencing their own mid-life crisis.

Justin Cobb (Lou Pucci) is seventeen-years old and still sucks his thumb. It puzzles his mother Audrey (Tilda Swinton) who is having her own mid-life crisis. His father Mike (Vincent D'Onofrio) is carrying a burden that has weighed him down for years: he injured his knee just when he had the chance to become a pro-football player. His younger brother Joel (Chase Offerie) is sick-and-tired of having a brother with so many problems. It forces him to be the normal one in the family. Of course, there is nothing typical about this family. Justin's parents insist that he call them by their first names so they won't see themselves as old.

Years of sucking his thumb have protruded his front teeth, so Justin has spent a lot of time with his orthodontist Perry Lyman (Keanu Reeves) who fancies himself as something of a healer. When he suggests that it just might be possible to cure Justin of his nasty habit through hypnosis and connecting with his own personal power animal, the teenager decides that he has nothing to lose by trying. The boy is cured but suddenly things feel off kilter — his old habit provided security, but now he has to face each new day afresh. Seeing that Justin is not the same, school advisors suggest to his parents that he has Attention Deficit Disorder and should take Ritalin to turn his life around before he enters the stressful world of college.

Thumbsucker is based on a novel by Walter Kirn and has been written and directed for the screen by Mike Mills. The result is a quirky and edgy coming-of-age film that zeroes in on the yearning we all have to change ourselves and become someone much better than we ever imagined we could be. The transformation of his life once he takes Ritalin every day is incredible. Whereas once he was tongue-tied in debate class, now he becomes the best of the lot and the apple of his teacher's eye, Mr. Geary (Vince Vaughn). His parents have a hard time adapting to his confident and accomplished persona; Dad is even more uncomfortable with Justin and his mother feels an uneasy mixture of pride and bafflement. But the boy's miracle cure fades and he eventually decides to get off the drug. Being up all the time turns out to be as big a drag as always being down in the dumps. In either case, Justin is still spending all his energy reacting to what others think about him. This is especially true in his romantic pursuit of Rebecca ( Kelli Garner). Two very revealing encounters open Justin up to the realization that nobody's perfect and that it's our flaws and foibles which make us exceptional individuals. The drama slams the notion that people can be "fixed" either at seventeen or at forty years of age. 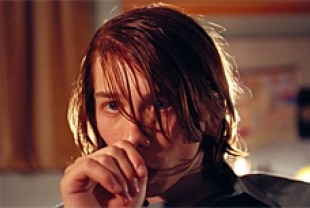 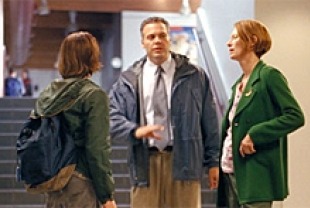 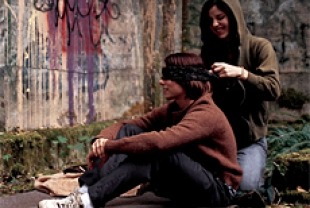