A discussion guide to the movie "Pushing Tin" directed by Mike Newell. Recommended for people interested in finding spirituality at the movies.

We all face the challenge of dealing with difficult people at work — a tyrannical boss, a nit-picking supervisor, a competitive co-worker, or someone who refuses to cooperate with us. These individuals may just irritate us or they may cause genuine pain, frustration, and suffering. Our usual responses to them are to leave them alone or try to get even by fighting back. The spiritual approach is to see these people as teachers who have been sent into our lives to help us refine our character, open our hearts, and become more empathetic and compassionate.

The 1999 movie Pushing Tin is about a high-energy and quick-witted air traffic controller who "pushes tin" at New York's Terminal Radar Approach Center (TRACON). In this high-pressure workplace, he is the best in the business. That is until Russell Bell is hired: this half Indian hotshot from out West is surrounded by an aura of mystery and is unflappable on the job. He pushes all of Nick's buttons and soon the two are at each other's throats.

This movie presents viewers with an opportunity to take a hard look at the consequences of letting a difficult person get under our skin at work. It also opens the door for discussions of stress on the job, thinking fast, the need for another rhythm beside speed, and learning from interpersonal conflicts. For a review of the movie and a plot synopsis, click here. The film runs 124 minutes and is rated R for language and one sexual scene.

"The attraction to speed is only partly the exhilaration of acceleration; it has much to do with competition, with overtaking. One California management consultant, an expert on time-based competition, says 'Be Fast or Be Last.' The thrill is not going fast, but in going faster than the rest. This excitement is not recognized in all societies: to the Kabyle people in Algeria, and many others, speed is considered both indecorous and demonically over-competitive," Jay Griffiths writes in A Sideways Look at Time.

"Because successful thinking is seen as fast thinking, it has come to be highly prized and rewarded in society. Slow thinkers are seen as nitwits, too dumb and slow to keep 'up to speed.' Fast thinkers are 'quick-wits,' who quickly and efficiently solve problems or figure out a fast way to avoid dealing with them," Paul Pearsall writes in Toxic Success. 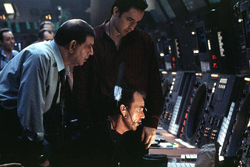 Stephen Batchelor in Living With the Devil: A Meditation on Good and Evil says: "Fear is the longing not to be hurt; the craving not to suffer misfortune; the yearning not to be contingent. It is the fundamental aversive reaction to the threats with which life confronts us. As well as being an emotion in its own right, fear pervades all self-centered emotion. Whether I am consumed by hatred or riddled with doubts, in both cases I am afraid. I want to avoid the pain inflicted by an enemy's barbed remarks as much as I do the anguish of my own uncertainty."

4. Difficult People Are the Faculty in the School of Life

In Thank You For Being Such a Pain: Spiritual Guidance for Dealing With Difficult People, Mark I Rosen writes, "In the school of life, difficult people are the faculty; they teach us our most important spiritual lessons, the lessons that we would be most unlikely to learn on our own."

5. Conflict Situations in Your Own Soul

In Beyond Words: Daily Readings from the ABC's of Faith, Frederick Buechner writes: "When somebody you've wronged forgives you, you're spared the dull and self-diminishing throb of guilty conscience. When you forgive somebody who has wronged you, you're spared the dismal corrosion of bitterness and wounded pride. For both parties, forgiveness means the freedom to be at peace inside their own skins and to be glad in each other's presence." 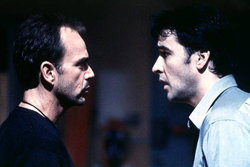