10 Reasons Why Gandhi Is My Hero

Quotations and stories that illustrate why Gandhi ideas and ideals still inspire and animate people.

Mahatma Gandhi (1869-1948) was a visionary whose spiritual maturity still shines like a beacon in the night. He is my hero and I frequently visit a statue of him in Union Square off 14th Street in New York. Others who also honor Gandhi have put garlands of flowers around his neck. The statue reveals the vulnerability in his frail body but I can also see his determination and perseverance in his stance, striding ahead with a walking stick. I am reminded of Gandhi's desire to give of himself completely in service of others. He slept only a few hours every night and would walk long distances even when in his seventies.

At home I have on my desk a bronze statue of this extraordinary man whose legacies still animate the lives and work of people like me. In honor of Mohandas K. Gandhi Day (see our Naming the Days tribute to him) I have listed 10 reasons why Gandhi is my hero.

1. He was aflame with love.
"Gandhi was a pioneer in these new realms of consciousness. Everything he did was an experiment in expanding the human being's capacity to love, and as his capacity grew, the demands on his love grew more and more severe, as if to test what limits a human being can bear. But Gandhi had learned to find a fierce joy in these storms and trials. . . . By the end of his life he was aflame with love."
— Eknath Easwaran in Gandhi the Man 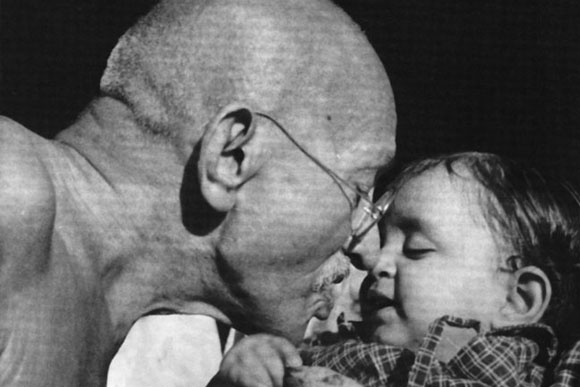 2. He expended all his energy in service of others.
"Late in Gandhi's life a Western journalist asked, 'Mr. Gandhi, you've been working fifteen hours a day for fifty years. Don't you ever feel like taking a few weeks off and going for a vacation?' Gandhi laughed and said, 'Why? I am always on vacation.' Because he had no personal irons in the fire, no selfish concerns involved in his work, there was no conflict in his mind to drain his energy."
— Eknath Easwaran in The Compassionate Universe

3. He gave his mission his best shot.
" 'Full effort is full victory,' said Gandhi. You need not be troubled if you have made mistakes, or if your ideal has slipped away. Just continue to give your best. If you fall, pick yourself up and march on. If you cannot run, walk. If you cannot walk, crawl. Nothing in life is more joyful or more thrilling. The effort alone brings a continuing wave of joy in which every personal problem, every suffering and humiliation, is forgotten."
— Eknath Easwaran in The Compassionate Universe

4. He reframed greed.
"There is a story told about Mahatma Gandhi. On his train trips he used to get off at every stop and collect money for the poor. A friend said of him, 'If you want to see somebody consumed by greed, look no further.' Of course, instead of being greedy for himself, he was greedy for the poor."
— Frederic and Mary Ann Brussat in Spiritual Rx

5. He practiced compassion in creative ways.
"One day Gandhi stepped aboard a train as it started to move, and one of his shoes slipped off and dropped on the tracks. Unable to retrieve it, he calmly took off his other shoe and threw it back along the track to land close to the first. When an amazed passenger asked why he had done that, Gandhi smiled and said, 'The poor man who finds the shoe lying on the track will now have a pair he can use.' With the eyes of his imagination, Gandhi saw a man with bare feet, saw him coming across a lone shoe and desperately searching for the other, and saw the disappointment on his face when he didn't find it; seeing these things, Gandhi did what he could to help."
— Donald McCullough in Say Please, Say Thank You 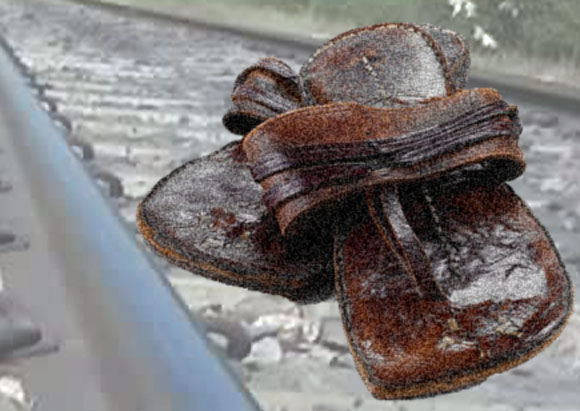 6. He redefined success.
"Without realizing it, Gandhi had found the secret of success. He began to look on every difficulty as an opportunity for service, a challenge which could draw out of him greater resources of intelligence and imagination."
— Eknath Easwaran in Gandhi the Man

7. He emphasized the privilege of giving.
"Gandhi reminded us that it was everyone's privilege to give. We should thank the poor for giving us the opportunity to undo some of our karma."
— Ekanath Easwaran in The Bhagavad Gita for Daily Living, Volume 3

8. He showed us how a mantra could be one's staff of life.
"Rama, Gandhi's mantram, is a formula for abiding joy. Gandhi used to walk for miles every day repeating it to himself until the rhythm of the mantram and his footsteps began to stabilize the rhythm of his breathing, which is closely connected with the rhythm of the mind. When fear or anger threatened him, clinging to Rama used the power of these emotions to drive this formula for joy deep into Gandhi's mind.

"Gandhi said: 'The mantram becomes one's staff of life and carries one through every ordeal.' "
— Eknath Easaran in Gandhi the Man 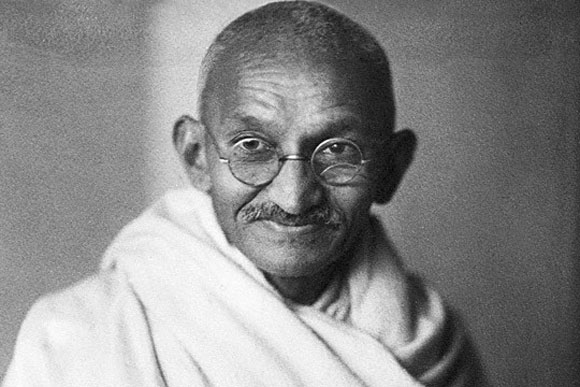 10. He passed on his spiritual legacy to all of us.
" 'I have not the shadow of a doubt that any man or woman can achieve what I have, if he or she would make the same effort, and cultivate the same hope and faith.' Gandhi, who always claimed he had no more than ordinary capacities, is proof that these spiritual laws do work, and that by obeying them we can transform our character and consciousness. Gandhi belongs to our own century and faced many of the problems we ourselves are facing today, and even though physically dead, he still continues to give new direction to our civilization."
— Eknath Easwaran in The Bhagavad Gita for Daily Living, Volume 1: The End of Sorrow 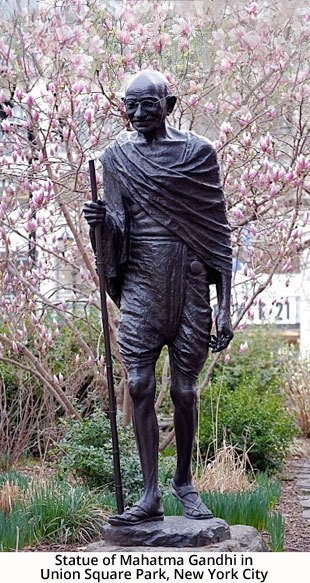