What has happened to unity within diversity? Here are ways to develop respect for those with whom we disagree or whose views we don't understand.

Editor's Note: This mini-curriculum was first published in 2005. We have not edited the dated references in the introduction because many of the attitudes and approaches reflected in those examples are still evident today.

Earlier this week in our Spiritual Literacy Blog, we linked to a speech given by Bill Moyers at the National Conference on Media Reform. Now retired after a distinguished career in broadcast journalism, he reported how conservative forces within the Public Broadcasting System wanted "something done" about his show Now. Although Now was giving both liberals and conservatives air time, the right-wing objected to any coverage of dissenting views.

Add to this picture the way the Bush administration responded to the worldwide protests after Newsweek reported that a Qur'an, the Muslim holy book, had been flushed down a toilet by American interrogators at Guantanamo Bay, Cuba. Although similar instances of using religious items and practices to intimidate Muslim prisoners have been reported by released detainees, Red Cross observers, and FBI officers, that part of the story was discounted in an all-out effort to prove that the Muslim protests were the fault of the "Newsweek" reporter! The question of what attitudes and prejudices could possibly explain why the Americans showed such total lack of respect for someone else's religion was not addressed. Did they think anything goes as long it's for "our side" in the war on terror?

This week we've also been following developments in the U.S. Senate where conservative Republicans are threatening to change the rules to insure that the Democratic minority cannot use the filibuster to stop the appointments of any judges. It's not enough that President Bush has gotten the vast majority of his appointments through the process; his team wants 100% success. We hear the Senators are searching for a compromise, but meanwhile both sides are mobilizing email campaigns and demonstrations about the so-called "nuclear option."

The rhetoric around this issue, and so many others these days, has gotten so heated, and so characterized by declarations of absolutes and invectives against those who disagree, that we wonder if the whole world isn't headed for the "dark side," to use a term from the new "Star Wars" movie. As Anakin Skywalker tells us just before he transforms into the arch-villain Darth Vader, "If you are not with me, you are my enemy."

The world's spiritual traditions, on the other hand, teach us to respect the diversity of the creation and to love our neighbors and our enemies. We begin our exploration of the spiritual response — to celebrate diversity — with some quotations. Our readings then explore the need for tolerance in our times, and the practices reveal how to develop your respect for those with whom you might disagree or whose views you do not understand.

"There is great diversity among human beings. Physically we differ from each other in things such as size, body structure, skin color, and facial features. We also differ from one another mentally, emotionally, psychologically, and spiritually. One of the greatest challenges of a healthy spirituality is learning to tolerate the differences we find in one another and not to view these differences as threats to ourselves. Moreover, a healthy spirituality should lead us to celebrate our differences and to see them as a reflection of God's beneficence and creativity."
— Melannie Svoboda in Traits of a Healthy Spirituality

"Diversity may be both the hardest thing to live with and the most dangerous thing to be
without."
— William Sloane Coffin in Credo

"In this Theory of Everything, I have one major rule: Everybody is right. More specifically, everybody — including me — has some important pieces of truth, and all of those pieces need to be honored, cherished, and included in a more gracious, spacious and compassionate embrace."
— Ken Wilber in The Simple Feeling of Being

"The begging bowl of the Buddha, represents the ultimate theological root of the belief, not just in a right to beg, but in the openness to the gifts of all beings as an expression of the interdependence of all beings. The whole idea of compassion, which is central to Mahayana Buddhism, is based on an awareness of the interdependence of all living beings. . . . Thus when the monk begs from the layman it is not as a selfish person getting something from somebody else, he is simply opening himself to his interdependence."
— Thomas Merton quoted in The Gift: Imagination and the Erotic Life of Property by Lewis Hyde

"In that which we share,
let us see the common prayer of humanity.
In that which we differ,
let us wonder at the freedom of humankind."
— A Jewish prayer quoted in The Gift of Prayer edited by Fellowship in Prayer 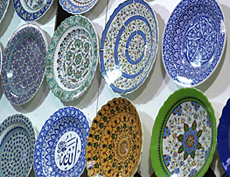