Saint Benedict advised us to keep death daily before our eyes. How can we get beyond fearing death, wanting it out of sight and out of mind?

"I'm just so upset about the beheadings. How can people just go about their business when this kind of thing is happening?" The question came up during a phone call in September. The next week we went to see the "Eyes Wide Open" exhibition in the meeting room of our church in New York City, and we wondered how people could ignore the deaths in Iraq. The exhibition consisted of more than 1,000 pairs of boots arranged in neat rows to represent American soldiers killed in Iraq. Off to the side were more boots plus children's shoes, sandals, sneakers, and high heels representing Iraqi civilians killed in the war. Now we learn that research from Johns Hopkins University indicates that 100,000 civilians, most of them women and children, have died as a result of the Iraq war. We couldn't fit that many pairs of shoes in the whole church building.

Why isn't this human cost of war getting more attention? Perhaps because many of us just don't want to know about it. Our culture fears death and tries to keep it out of sight. No flag-draped coffins show up on the evening news. We're fascinated by violence and fill our entertainments with it, but real death, the end of life — that we don't want to deal with.

In contrast, teachers from all the religious traditions recommend that we face death and even befriend it. Saint Benedict tells us to keep death daily before our eyes. Medieval philosophers kept a skull on their desks to remind them of the impermanence of life. Rabbi Harold Kushner interprets poet Wallace Stevens' comment "Death is the mother of beauty" to mean that we cherish and find things beautiful precisely because we know they will not be around forever nor will we always be here to enjoy them. Death, in other words, brings meaning to life.

We've collected some readings that examine attitudes toward death in our culture and in some of the religious traditions. Suggested practices give you opportunities to live with death. We recommend you include some of them in your traditional observances of All Soul's Day, All Saint's Day, Halloween, and the Day of the Dead. 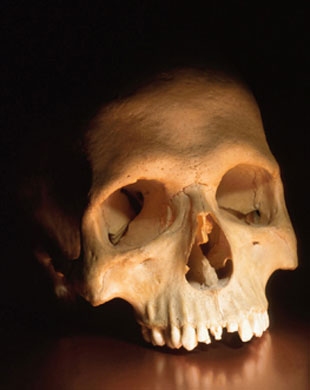