Practices to build hope include dialogues, just getting out there, prayer, and imagining a house of hope. We do what we can, and there is plenty to do.

On November 9, 2016, the United States concluded a blisteringly polarized, vicious political campaign cycle. The results — especially the surprise upset of Hillary Clinton by Donald J. Trump in the presidential election — stunned people as devastating or miraculous, depending on different standpoints.

Concerned about civil rights, immigration, international relations, civility, multiculturalism, and a host of other issues, many people found hope in short supply after the election results came in. So this seems like an excellent time to renew our exploration of that topic, starting with a teaching story from Joyce Rupp's Dear Heart, Come Home:

"There is an Ethiopian legend about a shepherd boy, Alemayu, that speaks to me of the power of hope. Alemayu had to spend the night on a bitterly cold mountain. He had only a very thin cloth to wear. To the amazement of all the villagers, he returned alive and well. When they asked him how he survived, he replied:

" 'The night was bitter. When all the sky was dark, I thought I would die. Then far, far off I saw a shepherd's fire on another mountain. I kept my eyes on the red glow in the distance, and I dreamed of being warm. And that is how I had the strength to survive.' "

Hope often resides on the edges of our communities. The great African-American theologian Howard Thurman called it the growing edge. Here is some of his advice:

"Look well to the growing edge. All around us worlds are dying and new worlds are being born; all around us life is dying and life is being born. The fruit ripens on the tree, the roots are silently at work in the darkness of the earth against a time when there shall be new lives, fresh blossoms, green fruit. Such is the growing edge! It is the extra breath from the exhausted lung, the one more thing to try when all else has failed, the upward reach of life when weariness closes in upon all endeavor. This is the basis of hope in moments of despair, the incentive to carry on when times are out of joint and men have lost their reason, the source of confidence when worlds crash and dreams whiten into ash."

The readings and practices here are designed to encourage you and your community to be the shepherd's fire on the growing edge. 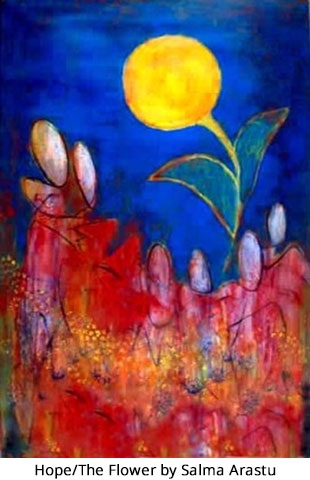