America has become an adversarial culture where competition and winning at any cost are rampant in all departments of life. The hatred and paranoia of talk-radio hosts fills the airwaves with toxins that adversely affect anyone who hears these rants. Now this phenomenon has spread to large media operations like Fox News where ratings and corporate sponsorships seem to be dependent upon just how much the on-air personalities denigrate the opposition; tune in and you'll soon be treated to a smorgasbord of right-wing rhetoric about big government and other pet peeves of angry political analysts. Meanwhile, on the road, candidates smear each other in TV ads and casually call it all part of the game of getting elected.

What we have here is a scary dumbing down of democracy, now regarded as an unsavory blend of entertainment and blood sport. Gone are the days of civil discourse or a mature debate about the issues facing the nation. A survey conducted by the Public Religion Research Institute in partnership with Religion News Service in November 2010 — before the shootings of Congresswoman Gabrielle Giffords and others in Tucson, Arizona — found that eight-in-ten Americans say the lack of civil or respectful discourse in the political system is a serious problem; nearly six-in-ten Americans believe that people are more divided over politics than they used to be.

Sadly, this combative brand of political discussion has filtered down to ordinary citizens who shout at each other and show no interest whatsoever in listening to the ideas or opinions of others. Discussions of issues such as abortion or gun control turn into shouting matches and personal attacks. This development has spread to the Internet where the crankiest readers unrelentingly trash bloggers, columnists, and movie reviewers. "Comment" fields, intended to give the writer feedback on his/her ideas, are filled with vile and vicious attacks.

In his speech at the memorial service in Tucson on January 12, 2011, President Barack Obama pointed to a different way. He said: "At a time when our discourse has become so sharply polarized, at a time when we are far too eager to lay the blame for all that ails the world at the feet of those who think differently than we do, it's important for us to pause for a moment and make sure that we are talking with each other in a way that heals, not a way that wounds."

The world's religions point us to those healing words. They offer practices that can help us get beyond adversarial fighting, fear, hatred, paranoia, and dirty tricks. They show us how we can be spiritually literate and civil in this "war" time.

In her book Speaking of Faith: Why Religion Matters — and How to Talk About It, Krista Tippett said: "We have had few models in our public life for religious speech that does not proselytize, exclude, or offend." She is right but there are spiritual teachings from Buddhist and Christian monks about practices to restrain the tongue, renounce hurtful speech, and eschew judgmental thinking. They also emphasize ways of speaking from the heart and lifting the spirits of others through sacred speech which is characterized by love, kindness, openness, humility, and reverence. What all people on a spiritual path acknowledge is that words do matter and we must be very careful what we say.

We have gathered some spiritual resources on right speech: a sampling of quotes, readings, and practices. 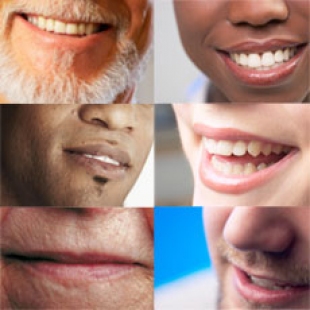