Reflecting on the life work of the Christian pacifist who reminded us that peace is a way of life.

Naming the Days Feature by A. J. Muste, Frederic and Mary Ann Brussat

A. J. Muste, peacemaker, was born on January 8, 1885, and died on this day in 1967. He was a vibrant example of Christian nonviolence in the twentieth century. In 1909, he was ordained as a minister of the Dutch Reformed Church, and during the 1920s, he was a trade union activist. A. J. Muste became Executive Secretary of the Fellowship of Reconciliation (FOR), a religious pacifist organization in 1940, a position he held until 1953.

"The way of peace is a seamless garment that must cover the whole of life and must be applied in all its relationships," he wrote. During the 1960s, Muste was a key organizer in a broad anti-war movement in response to the Vietnam War.

Once a reporter asked him, "Do you really think you are going to change the policies of this country by standing out here alone at night in front of the White House with a candle?" A.J. Muste replied softly: "Oh I don't do this to change the country. I do this so the country won't change me."

For him freedom of conscience was a determining factor in the quality of life. Perhaps his most famous quotation is — "There is no way to peace, peace itself being the way."

Be inspired by taking a longer look at A. J. Muste's life and work.

Check out the work of the A. J. Muste Memorial Institute which has since 1974 supported organizations working for nonviolent social change, including providing office space in the Muste Building in New York City, a.k.a. the "Peace Pentagon."

Read an essay by A. J. Muste in Peace Is the Way: Writings on Nonviolence from the Fellowship of Reconciliation edited by Walter Wink.

On the anniversary of Muste's death, do something to contribute to peace in the world. 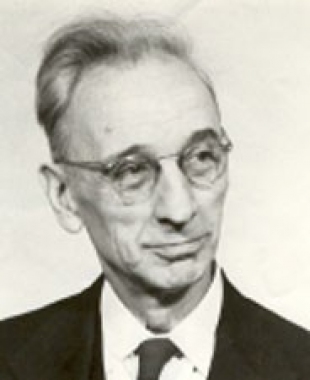