Celebrating a group that encourages friendships among youth as they learn the art of peacemaking.

November 17 marks the anniversary of the UNESCO Peace Prize award to Seeds of Peace, a charitable organization founded in 1993 to encourage friendship among youth whose ethnic or national groups are in conflict. Seeds of Peace affirms that while governments negotiate treaties, “peace is made by people."

Participants in Seeds of Peace summer camps learn conflict-resolution skills and discard entrenched beliefs that members of a particular group are to be considered enemies. Living and working together as friends, they build mutual respect and understanding.

At the presentation of the UNESCO Peace Prize to Seeds of Peace on November 17, 2000, then Secretary-General Kofi Annan offered these words of praise: "There can be no more important initiative than bringing together young people who have seen the ravages of war to learn the art of peace. Seeds of Peace is certainly an example of the world the United Nations is actively working for."

Teenagers engaging with peers from "the other side" at Seeds of Peace development programs gain vital perspectives to bring home with them. Here is a sample:

"After the last war in Gaza, children stopped asking each other questions and, instead, started hitting each other. I fear that the children are losing their ethics and turning to a violent side, so I want to help them grow the goodness they have inside. I want them to learn about the concepts of human values like freedom, respect, and accepting the other — to have dreams and build their futures."
— Lubna, Palestinian Delegation, 1994 and Seeds of Peace Fellow, 2015

"My hope is that meeting the 'other side' will affect their lives as much as it has affected mine. I feel very privileged to have had Seeds of Peace open my eyes at a young age, and I cannot think of a worthier goal than educating other young people in the same values of dialogue, openness, and collaborative work towards peace."
— Hamutal, Israeli Delegation, 2005

"I founded Aamney Samney ('Face to Face') which connects Indian and Pakistani students by finding common ground to resolve the conflicts between them. We use social media to host a virtual program of dialogue and sharing, though which stereotypes are challenged and friendships are built."
— Jehan, Indian Delegation, 2008

"It is only through the forging of strong relationships and a genuine interest and appreciation for the stories of others that we can hope to bring peace to the world."
— Joseph, American Delegation, 2004

To celebrate this day, create two columns on paper or on your favorite electronic platform. In one, jot images and ideas related to any conflicts in values you felt towards others in your youth. In the other, record the ideals you held as a young person: any ways in which you wanted to change the world.

When you're done, look back on these conflicts and ideals. How have each of them shaped your life? Do they remind you of anything to brighten the world that you've left undone and would still like to pursue? Find a specific way you can start today. 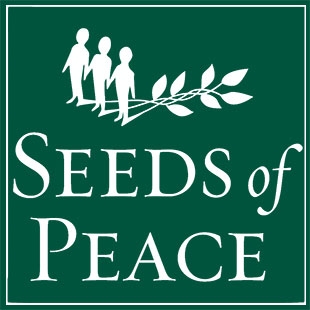