The sign of the cross (also used by Eastern Christians) is another expression of religious body language. From early times, this ritual action has enjoyed a widespread usage: crosses were traced with the thumb on the sick, with the hand over food at mealtimes, and on one's own forehead, chest, and shoulders at times of prayer. In an allusion to the sign of the cross being made with oil on the foreheads of the newly baptized, Martin Luther advised his followers, "Every morning get out of bed, cross yourself, and say, 'I am a baptized Christian.' . . ."

The sign of the cross has been used in multiples tracing it with the thumb on the forehead, lips, and chest before listening to the proclamation of the Gospel, signifying "May the word of the Lord be in my mind. May I speak it on my lips, and carry it always in my heart."

The sign of the cross is a bodily gesture of faith that parents teach to their children and that accompanies them from baptism to death. It pops up when one least expects it: in the middle of a basketball game with a free-throw shooter at the line; in an exam room before students begin to write; in a car or plane before it begins to move; around a table with a family before meals; in the end zone when a player scores. Many begin or end their day with it. For Christians, it is a sign of redemption, God's "registered trademark." When those who use it cross themselves, they are telling themselves the most important thing they can say about themselves: that they are loved and saved at a great price. It is both a personal identity mark and a communal sign.

— Thomas Ryan in Reclaiming the Body in Christian Spirituality 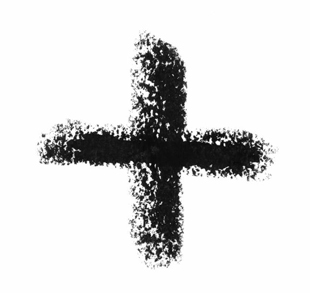