Examen of Consciousness and Conscience

Editor's Note: This practice was contributed to Spirituality & Practice by Sam Keen on the first anniversary of 9/11. He wrote:

"I hope people will contemplate the way that we create enemies of 'the other.' I discuss this in the excerpt below from my book Faces of the Enemy. The truth about my own practice regarding 9/11 is that I don't do anything on that day to remember the tragedy of the Twin Towers. The events leading up to that and following it are complex and twisted enough to allow room for universal repentance. I can't forget that in revenge for killing the 3000 plus Americans, we killed unnumbered tens of thousands in Iraq based on the lying propaganda of George Bush's claim that Saddam had weapons of mass destruction stockpiled.

"My practice is to mourn every day for the innocent dead, to cherish my outrage for the architects of slaughter on all sides, and to fight to keep hope alive in a violent world. I keep doing my modest work on exposing the dehumanizing propaganda we use to create a face of the enemy. I have no expectation that universal peace will break out, but I know scores of good people who work diligently to exorcise their tendency to see the world as a battleground or a stock market.

An Excerpt from Faces of the Enemy

Healing begins when we cease playing the blame game, when we stop assigning responsibility for war to some mysterious external agency and dare to become conscious of our violent ways.

The major responsibility for war lies not with villains and evil men but with reasonably good citizens. Any depth understanding of the social function of war leads to the conclusion that it was the "good" Germans who created the social ecology that nurtured the Nazis, just as it was the "good" Americans, working through their warrior priests such as General Westmoreland, who sent Lieutenant Calley into MyLai. Lincoln said, "War is much too important to be left to the generals." But the psychological truth is much more disturbing. The generals are the (largely unconscious) agents of a (largely unconscious) civilian population. The good people send out armies as the symbolic representatives to act out their repressed shadows, denied hostilities, unspoken cruelties, unacceptable greed, unimagined lust for revenge against punitive parents and authorities, uncivil sexual sadism, denied animality, in a purifying blood ritual that confirms their claim to goodness before the approving eyes of history or God. Warfare is the political equivalent of the individual process of seeking "vindictive triumph," which Karen Horney described as the essence of neurosis.

The persistent efforts of liberals, peace mongers, and assorted groups of nice people to assign the blame for war to the Pentagon, the military-industrial complex, or some other surrogate for the devil, are no less a denial of responsibility than laying the blame on an external enemy. The sentimental cliché "The people don't want war, only their leaders do," is a pious way to avoid thinking seriously about the problem. And we will not make progress in severing the roots of war without reowning our consensual paranoia and the corporate responsibility for evil. The body politic will change only when there is a democratization of guilt, responsibility, power, and authority. We become politically potent by accepting responsibility, for better or worse, for the conduct of our leaders. In the long view, nations have the leaders they deserve.

What is necessary is not an easy confession, but a political work, a path, a discipline of consciousness that must be undertaken by a community of solitary individuals. There is no way to repent en masse. The burden of corporate guilt can only be borne by individuals sensitive enough to examine their own consciousness and conscience. This is the way of metanoia, changing our minds, reversing our perspectives, making conscious the projections of our shadows onto the enemy. If we desire peace, each of us must begin to demythologize the enemy; cease politicizing psychological events; re-own our shadows; make an intricate study of the myriad ways in which we disown, deny, and project our selfishness, cruelty, greed, and so on onto others; be conscious of how we have unconsciously created a warrior psyche and have perpetuated warfare in its many modes:

1. The civil war within the self — the enemy within, agonizing self-consciousness, the struggle between "I should" and "I want," the battle between "good" and "evil" parts of the self

2. The war between the sexes — combat in the erogenous zones, the creation of familiar enemies, the practice of seduction, rape, one-upmanship. The sadistic-masochistic element in sexual and familiar relationships, the practice of superiority-inferiority, winners and victims

3. The political war between Us and Them — how our psyches have been shaped by the consensual paranoia and the standard propaganda of our society and by the barrage of /uploads/spiritual_practices/images of the enemy

4. The battle against nature, life — the measure in which we have a propensity to identify ourselves "against," to assume that we must struggle, control, dominate, in order to be safe; the mistrust of self, others, life.

It should go without saying that individuals dealing with their personal enmity will not automatically solve the problem of warfare. But it is likewise certain that the politics of the warrior will not change without a constituency of individuals who have made the solitary decision to follow the path of metanoia rather than paranoia and to begin the practice of compassion rather than competition. Or, as the matter was stated a long time ago, "Remove first the beam from your own eye and then you will see more clearly to remove the mote from your brother's eye."

— Sam Keen in Faces of the Enemy 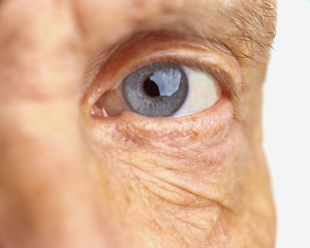