By Mark Magidson
An awesome collection of 58 photographs taken on location around the world.

The extraordinary, non-narrative and award-winning film Baraka (1993) was photographed on 6 continents in 24 countries. The title is from a Sufi term that is translated as a blessing, an inspirational power, and the breath of life. All those who have experienced the awesomeness of the film and its startling images will want to own this collection of 58 photographs (36 in full color and 22 in black and white) which were taken on location around the world.

Here is an unforgettable collection of snapshots from the global family album. These images capture and convey the wildness of nature, the drama of city life, the beauty of sacred sites, the devotional undertow of rituals, and the suffering of the earth and of humanity. Some of the most impressive and moving photographs in this visual journal by the film's producer Mark Magidson are the Kecak Dance in Bali, Indonesia; a small girl hanging out a window in Guayaquil, Ecuador; people scavenging for food in a city landfill in Calcutta, India; Ta Prohm Temple in Angkor, Cambodia; Emam Mosque in Esfahan, Iran; and the Whirling Dervishes in Istanbul, Turkey. Just paging through this collection one can practice connections, wonder, compassion, and unity. 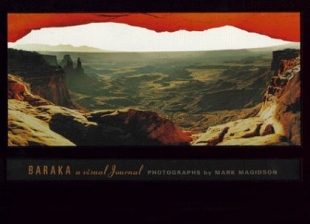