By Marcie Begleiter
A superb documentary on a gifted and eccentric female artist who hit her high stride in the 1960s.

Eva Hesse (1936 -1970) was a gifted and often tormented German-born American painter and sculptor whose prolific creative output was ended at the early age of 34 by brain cancer. Luckily Marcie Begleiter, the sensitive and skilled director of this engrossing documentary, has rounded up a substantial number of black-and-white still photographs and excerpts from her letters and journals (read in voice-over by Selma Blair) to make it seem that she is in the room with us. Her sister, friends, critics, and curators lend their perspective on her avant-garde art. 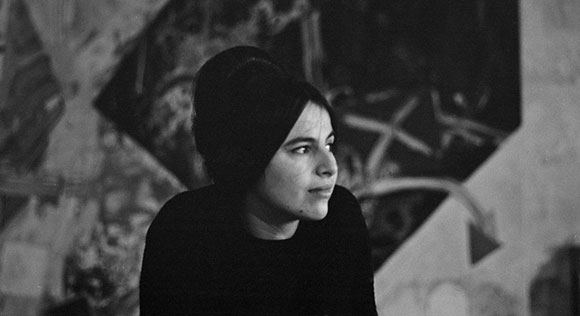 Given the best in art education at Cooper Union and Yale, Hesse was one of those talented painters who swung back and forth between heightened self-confidence and depressive doubts about her creative abilities. Throughout her brief career, she was cognizant of her isolation in the male-dominated world of art. At one point, Hesse says "Excellence has no sex." She found support and encouragement from her husband, the sculptor Tom Doyle, who landed an assignment in Germany where they both achieved fresh impulses for their art. By the time she returned to America, Hesse was ready to explore the creative potential of sculpture with latex, plastics, and fiberglass. 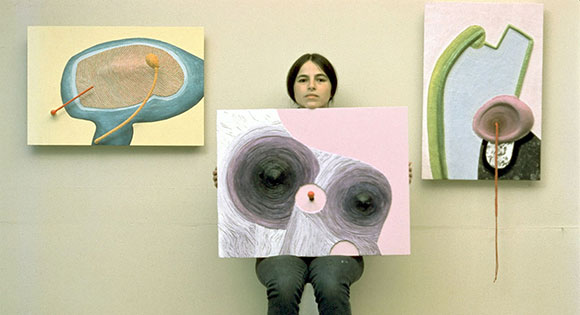 A major presence in her life was Sol LeWitt (read by Patrick Kennedy), a Conceptual artist who stood by this moody young woman as she probed new directions with a unique style that was eccentric, playful, serendipitous, outrageous, and earthy. Given the dark clouds that Hesse experienced with feelings of abandonment as a child, the suicide of her mother, the loss of relatives in the Holocaust, and her divorce, it is a sheer delight to witness her career success.

Eva Hesse is a superb documentary that is testimony to her philosophy that "my life and art have not been separated. They have been together."

Special Features on DVD include a Filmmaker Introduction; 7 Additional Scenes; and Photo Gallery 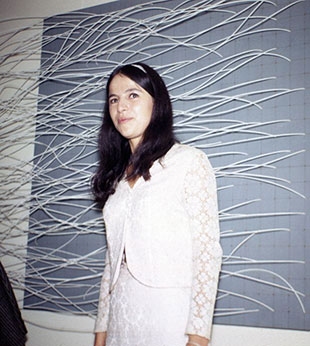