By Amy Berg
Documentary on the life and times of the talented but troubled blues singer.

"Janis sang in the eye of the hurricane. She didn't simply 'sing' a song — she ravaged it, tore it to shreds, exploded it. And yet, at the right moment, she could be incredibly gentle, caressing each word with tenderness and understanding."

Janis: Little Girl Blue is a passport to the past where the gifted blues singer had a brief but poignant moment in the swiftly moving rock music parade. Born in 1943, Janis Joplin grew up in the conservative community of Port Arthur, Texas. She was an outsider and treated like a pariah after her support of the Civil Rights Movement. In a series of letters (read by musician Cat Power) to family members, friends, and lovers, this valiant soul tried desperately to ward off the bad karma of the place but the emotional wounds kept on coming even after she moved to Austin, Texas. There a university fraternity elected her the "ugliest man on campus." She found friends and some happiness in the hippie community of San Francisco. 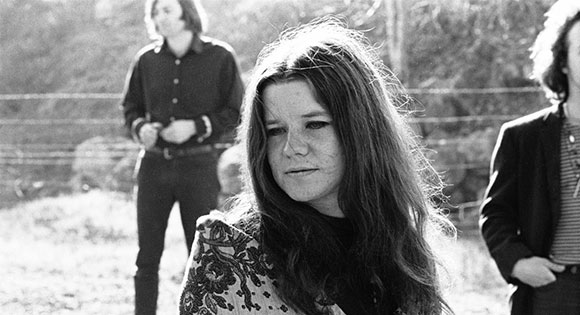 Joplin eagerly sought the love of men and women in relationships but was not successful. She yearned for fame and was willing to work hard to achieve it. Janis's hero was Bob Dylan and her mentors in music were Odetta, Otis Redding, and Aretha Franklin. At the 1967 Monterey Pop Festival, she wowed the audience and brought them to their feet with her searing and gutsy rendition of "Ball and Chain." In the audience, we catch a glimpse of Mama Cass mouthing her awe for what she had just heard. This was the moment Joplin was waiting for: a chance to show the world that she could give voice to her raw pain like so many black women singers and songwriters had done before her. 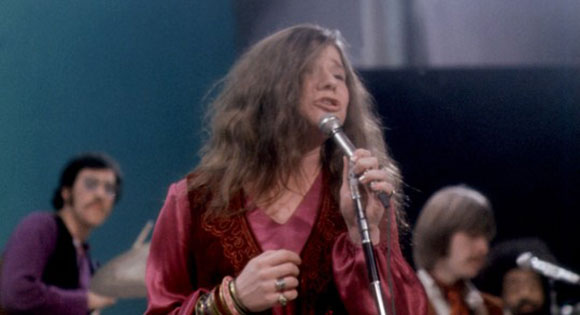 Director Amy Berg digs deep into this troubled singer/songwriter's soul. She hungered for adulation and achieved it on stage. But when the lights were off, she went home alone and turned to alcohol and heroin to get through the night. There are more insights into Joplin's psyche provided by her brother and sister, members of her band Big Brother & The Holding Company, and some cogent takes by filmmaker D. A. Pennebaker. Clips from her appearances on the Dick Cavett Show reveal a thoughtful side to her personality. The DVD also includes many scenes of Janis and her band in rehearsal and performances in a variety of venues.

In 1970, Janis Joplin died of an overdose of heroin at the age of 27, not long before the release of her bestselling single "Me and Bobby McGee." Not many singers since then have been able to sing "in the eye of the hurricane." 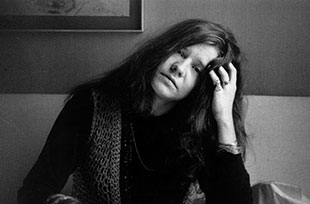