Painting Peace Art in a Time of Global Crisis

By Kazuaki Tanahashi
A Zen artist and poet's testimonies on peace.

Kazuaki Tanahashi is a Zen writer, translator, peace and environmental activist, and an artist whose calligraphic works have been exhibited around the world. He has published more than 40 books, including Essential Zen, The Essential Dogen, and Enlightenment Unfolds.

We are used to picturing in our mind an artist as a solitary soul working independently but Tanahashi has made a point out of creating artworks in collaboration with others. He even invented a gigantic brush with multiple handles so that many hands could paint with one calligraphy brush.

Tanahashi is convinced that his art is a service to peace in a world besieged by fear, war, division, and discord. The artist shares his ardent feelings about this spiritual practice is a series of poems throughout the book. Here is one example:

"Don't lead the world with terror.
Lead it with inspiration."

Trying to draw the peacemaker out of everyday people, Tanahashi put together an exhibit "stop the arms race, or" in March, 1987, in San Francisco using written passages by 60 people set aside paintings. Consider these suggestions:

"Stop the arms race, or the birds will have no worms; our cats will have no birds to chatter at; nothing will fly or cry."
-- Pamela B. Brooks

"Stop the arms race and start cooperating to feed, clothe, and house the people of the world."
-- Will Walkon

As a member of the Japanese postwar generation, Tanahashi set up a conference of over 400 Chinese and Japanese citizens to apologize for the slaughter of millions during the Sino-Japanese war. He writes his own response to this tragedy:

"Every Chinese slain had a story. Each one of them lived, loved, and dreamed. It saddens me that we destroyed a people forever. I am ashamed with all my body and mind.

"I am ashamed with all my life. I apologize to all Chinese people for the innumerable atrocities inflicted by our troops. On behalf of all like-minded Japanese I ask your forgiveness. I want my Chinese and Japanese friends to look closely together at our painful past. I want us to collaborate on healing and reconciliation so that we can build everlasting peace between our nations."

This soulful work also contains more than 30 full-color examples of Tanahashi's art along with tributes to many of those who have inspired him including Gary Snyder, Daniel Ellsberg, and Morihei Ueshiba. 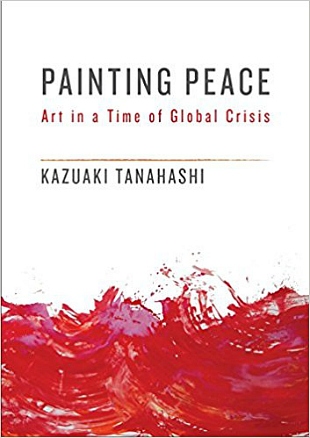