Choosing Civility in a Rude Culture 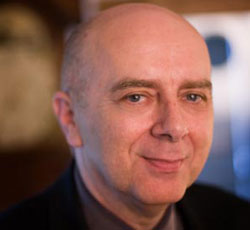 Pier M. Forni, professor of Italian literature at Johns Hopkins, came to study literature at ULCA in 1978 and in 1997, founded the Johns Hopkins Civility Project, a cluster of research and outreach programs studying the effects of manners in schools, hospitals, and a maximum security prison. In 2002, his book Choosing Civility: The Twenty-Five Rules of Considerate Conduct was released.

In this article about Forni and his work from the Smithsonian Magazine, David Zax charts this academic's rise to influence and acclaim as "a secular prophet of good manners" during a period which has been called by cultural critics "the coarsening of America" with rudeness surrounding us on all sides. Forni claims that incivility is very costly: he has tallied up the annual cost of workplace rudeness and aggressive driving. Zax presents the ways in which the public library system of Howard Country, Maryland, has taken up Forni's challenges and begun an initiative to make it "the most civil place to live in America."


We salute Forni's crusade to bring back civility in the form of manners, politeness, and etiquette, which many people still regard as trivial parts of everyday life. In our review of his book Choosing Civility, we wrote: "Let's hope that this book gets a wide readership. Perhaps religious leaders from all the traditions could work together on a global civility project for the twenty-first century. They have the resources in their scriptures and rich teachings about loving others, putting them first, and being truly attentive to their needs."

Next Post: Five Ways to Make It Easier for Men to Channel Empathy and Compassion