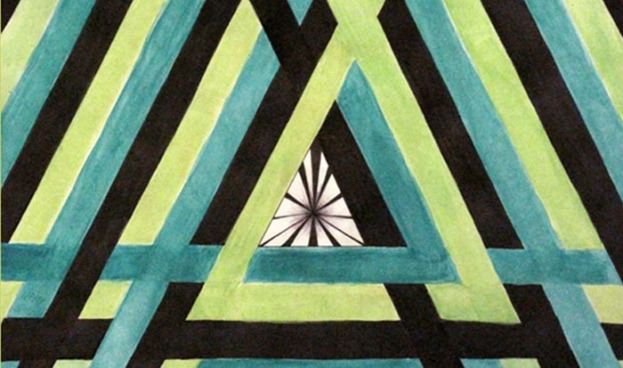 By Vidushi Sharma in the KidSpirit Money and Value issue.
Artwork by Amy Liu

(This was originally posted on KidSpirit in June 2012) This June if you’d walked into the last KidSpirit Editorial Board meeting of the year, you would have seen a group of kids widely ranging in age.

Some of us had cookies and milk in our hands; others were cross-legged on the floor holding scrap paper, fiddling with pens and pencils. We encompassed many of the world’s foremost religious backgrounds and came from different parts of New York and surrounding states, but that day, everyone in the room had one thing on his or her mind: money. Why do we need it? Should we want it? How has it developed, and why has it been similarly used among different cultures?

At first thought, money seemed like a simple concept. The immediate association is with dollars and cents, physical items we can easily quantify and deal with everyday. Out of our discussion, however, a question arose that was far more layered. “What about religion?” someone asked. What is the role of money in different faith traditions? The question, the inspiration for the first series of Interfaith Connections articles, was something I had to tackle over the next few weeks.

Connecting money to religion adds an entirely new dimension to something that seems flat and easy to understand. God, free will, the path to enlightenment, duty — these are all concepts I felt somewhat familiar with as they connected to my faith which is, in itself, slightly abstract. I’ve had a Hindu and Buddhist upbringing, but no one in my family is overly or strictly religious. My “religion” is more of a way of being than a set of rules for conduct or worship. Although we observe holidays like Diwali with small prayers at home, the strongest connection I’ve felt to our Hindu-Buddhist lifestyle lies in its unpretentious tolerance for other faiths and message about finding happiness.

The essential message is simple: to be happy, we must free ourselves from attachment with our physical bodies and also with the fruits of action. This translates into working for the sake of working, or desireless action. This applies to many real-life situations: while playing tennis, I try to stay in the present and focus on the process of playing each point rather than think about each shot as a step towards the “goal” of winning a match, tournament, or ranking. Learning for the sake of learning is also an offshoot of this philosophy and something that has completely shaped my life in and out of school. As Gandhi put it in the introduction to his translation of the Bhagavad Gita, in an ideal working situation, “… if the means and the end are not identical, they are almost so.”

The Bhagavad Gita, the book that contains the tenets of Hindu philosophy and spirituality, is what I turned to for help with this issue’s Interfaith Connections question. As a conversation between the warrior Arjuna and his divine guide and charioteer Krishna, the Gita shows humans the path to self-actualization. Among terms important in thinking about the Gita are Brahman, the cosmic soul and essence of the universe, and Atman, the individual soul. Enlightenment is seeing life’s true reality, realizing that the Brahman is equivalent to the Atman and that all souls are one. This intense focus inwards comes after freeing oneself from physical wants and desires.

But considering true renunciation of physical desires in the manner of the Buddha and stereotypical ascetics seems contrary to the pursuit of something as worldly as money. Is it then wrong or at least undesirable to pursue money according to Hinduism and Buddhism? Can one achieve enlightenment while still functioning in the modern world? I found Mahatma Gandhi’s commentary on the Gita to be valuable in clarifying these questions. Rather than placing religion as an enemy to material objects, Gandhi said that the Gita draws “no line of demarcation between salvation and worldly pursuits… [It shows] that religion must rule even our worldly pursuits.”

Before reading Gandhi’s commentary, I had a conversation in the car with my parents, uncle, and grandfather about the place of money in Hinduism and Buddhism. At first, I thought that the pursuit and possession of money seemed to be completely contrary to everything I’d read about achieving enlightenment and self-actualization. However, my family explained to me a stance similar to Gandhi’s: the Gita does not demand a retraction from the modern world into ascetic meditation. In fact, Krishna urged Arjuna to face and fulfill his life’s duty as a warrior on the battlefield. Money is an essential unit for functioning in today’s society. We can fulfill our duties and rightfully earn money by abandoning selfish motives and attachments to the results of our work.

So then, is money in itself good or bad?

With the help of my exploration into Indian philosophy, I think that “neither” is the right answer. Money is just a necessary unit for survival. The negatives associated with money are motivated by what the Bhagavad Gita warns against: concern for the results of our actions. Greed, jealousy, or harmful ambition in work leads to excess and selfishness. In the end, people who live life for the sake of the ends of their actions bring pain and disillusionment to themselves. Although thousands, including myself, struggle in carrying it out, the Gita’s message is simple. It is refreshing and empowering that the Bhagavad Gita and Hindu-Buddhist thought give us the power to mold our lives and achieve a state of higher awareness without sacrificing our place in a functional society.