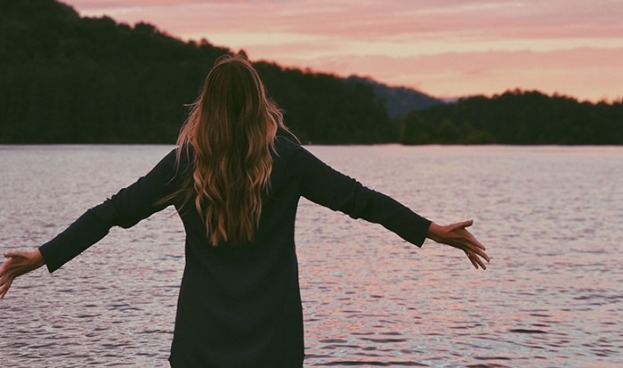 Posted by KidSpirit Online on November 1, 2017

By Grace Snarr in the KidSpirit Power issue.

Power is not given; it is within us and cannot be taken away. This is a great responsibility and privilege, one that we humans sometimes abuse.

Dani* and I were best friends. We would hang out almost every weekend, and don’t even mention summer! We talked, laughed, and ate together like sisters. We trusted each other enough to read the love letters we sent to our crushes (or imagined and hoped to send). When tragedy struck, we rushed to comfort each other.

After about six months of camaraderie, we attended a camp for girls ages 12 to 18. A week of summer fun with my best friend! What could be better? Nothing would come between us, right? It turned out I was wrong.

One night, as we headed to our bunks for bed, we discussed our parents. We talked about how unfair they were to us, how absolutely cruel they were because they wouldn’t let us go see an R-rated movie. Then I began telling the rest of the girls in my cabin a personal story about my family. Dani was among the group, and she started to laugh. I asked her what was funny. She replied, "Oh, Grace. You’re so incredibly naive and stupid. You don’t actually feel this way, and you’re just lying. Everyone, it’s time to go to bed. Turn out the lights."

I was devastated to the point of leaving two days early. I cried the whole car trip home, and a long time before I went to sleep that night. My mom was concerned, and reached out to Dani’s mother a few days later. Dani contacted me soon after through email, saying it was just a joke.

“We all were just trying to have some fun and not talk to you,” she wrote.

I deleted it in a blur of tears and confusion. How could this be a joke? How could six months of secrets, love, and sisterhood be a joke?

Flash forward one month. In the evenings, my eyes were often puffy and red. My mom was distressed about seeing me in this state. We sat in her room and discussed how to emerge from this dark cycle, deciding to end the friendship with Dani. I returned the last few articles of our friendship, a few pieces of clothing and some letters.

Today I look back and realize the first mistake I made was this: I didn’t believe I had power over the situation. I never considered forgiving myself. I had hurt so many people through being friends with her. All we ever did was discuss the negative things in our lives, letting each other dump “toxic waste” all over our hearts. Dani was a parasite, sucking the happiness I needed so desperately.

I had a huge breakthrough moment: I have, and have always had, power. Her actions and her words never controlled me. I was not Dani’s puppet. Sadly, I thought I was! When you’re forgiving someone else for your own emotions, it backfires quickly.

I am a member of the Church of Jesus Christ of Latter-Day Saints, or Mormon. We believe in Christ; his atonement and resurrection are our main focus. As Christians know, Christ died on the cross and was resurrected for the sins of mankind. He forgave for us, and felt each consequence of each of our sins. This is the ultimate act of love! But how could I return to my own power and share with Dani His forgiveness at the same time? I couldn’t be best friends with her again; we had tried that before. I also couldn’t hold onto anger, hatred, or spite in our relationship.

“But as oft as they repented and sought forgiveness, with real intent, they were forgiven” (Moroni 6:8).

Eventually, I found power within myself through forgiveness. I was taking charge of a dark and terrible circumstance through a simple act of love.

The sky brightened. With Dani, the sky only seemed dark blue. I had been much too interested in trash talking other people. I wasn’t concerned about developing myself in love and Christ’s example. I was absorbed with talking about how ugly I was and discussing the guy I was “in love with.”

Things changed, to say the least. I waxed and waned until I found power within my own happiness. I didn’t have to rely on the happiness of others anymore. I deepened my relationship to truth and light, not necessarily in my religion. It was a flowing and deep river of self-trust and self-learning.

Now, I see Dani from afar. She is struggling to find herself, and I finally realize she was holding me back, too. But I am not better than Dani. She is on a journey, just like the rest of us. I did have to leave her path to be able to find my own. Forgiving her allowed me to take the nearest exit off of a toxic relationship. I had to choose between spending a lifetime on things I don’t need or just letting go.

Take it from me — forgiveness feels better. It feels like you can breathe, like you can finally fly. Drawing from the Savior’s example helped me to achieve this in full. I remember thinking to myself one night, “I can finally help others now that I have helped myself.” While forgiving myself helped me to see our relationship clearly, it also helped me to see my relationship with myself more broadly. I could now become friends with myself — and I developed a titanium bond with who I was becoming. Through forgiveness, I changed my life.

In my religion of Latter Day Saints, forgiveness is a large part of who we are. We believe in Christ’s whole forgiveness for our sins when we come to a bump in the road. When we slip up, we know He is there to comfort us and help us return to where we are going. He often changes where we are headed, too. (Trust me, this happens a lot in my life.) I know that the power of forgiveness has been the crucial turning point in my life, all because of my faith’s example.

The truth within the teachings strengthened my belief in the power of forgiveness. Ultimately, it is our own relationship to these truths that define a church.

Before realizing these truths, I was too distracted to develop this relationship. But it only took my listening to develop strength and faith. Through forgiveness no pain or hurt can chain us. We have — and have always had — the power to overcome. The challenge is whether or not we unlock the action of forgiveness in order to do so.

* Names have been changed.

When she wrote this piece, Grace Snarr was a teen leader and freelance writer from Texas inspiring teens to achieve their dreams and follow their passions. Grace is a sunshine enthusiast and a lover of people.