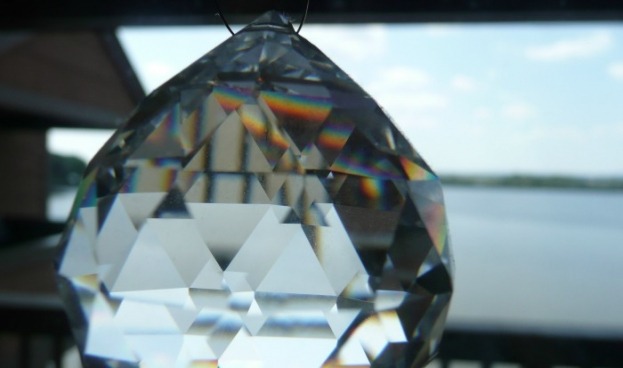 Unity and Diversity from a Ruthenian Catholic Perspective

By Christopher Woods in the KidSpirit Unity and Division issue.

A discussion of unity and diversity of anything should start at the very beginning — for me and many others, when Jesus Christ began preaching to the people in Judea and revealing that He was the one they had been waiting for, the Messiah, sent to redeem all mankind.

It’s a well-known story. After Jesus’s death and resurrection, His apostles traveled all over Europe, the Middle East, and Asia. Paul visited many Greek cities, and eventually ended up in Rome, as did Peter; James found his way to Spain; Thomas journeyed all the way to India; and Mark preached to the Ethiopians. Everywhere they went, they baptized people into the Church, and ordained priests and bishops to continue their work.

But communication was slow in those times. There was no way the members of the early Church could coordinate a World Prayer Day, or even agree on a specific hymnal or order of worship. The scattered groups were much more independent. They began developing their own chants (often based on cultural heritage), composing their own prayers, and arranging their own worship services, or liturgies. Each tradition was unique.

With this diversity in traditions came a diversity of opinions as to what, exactly, they were worshipping. That’s where councils come in. The Church gathered Her bishops together (the Church is always referred to as “She”), the bishops asked God to guide them, and they debated as to what was the Truth. The opinions found to be contrary to the teachings of Christ were deemed heresy, and followers of heresy were excommunicated. Thus, leaders of the Church sought to maintain unity of doctrine while allowing the diversity of traditions to remain.

What do I think of all this? As a Ruthenian Byzantine Catholic, I have learned to appreciate the various traditions. The Ruthenian tradition comes from Eastern Europe, where southern Poland, eastern Slovakia, and western Ukraine all meet. There are at least two other traditions that come from near that area, the Ukrainian and Romanian (not Roman). I have been to services of both those traditions, and a few others. The variety is beautiful; but what is more beautiful is the fact that Ruthenian Catholics, Ukrainian Catholics, Romanian Catholics, and Roman Catholics are all praying together to the same God. They all have the same doctrine, because we all share the same basic understanding of what it means to be Catholic.

Still, the Ruthenian tradition is the one I am most familiar with. I grew up in it, singing the hymns and antiphons and serving on the altar every chance I had. The liturgy was completely “other” than what I experienced in day-to-day life, and I loved it for that. My dad is a musician, and he taught me a love for the music of many composers, stretching over hundreds of years: from the masters of polyphony, Victoria and Palestrina, to the more cacophonous symphonies of Shostakovich and Ives, and everything in between. But no music suits the Ruthenian liturgy more than the simple but exceedingly beautiful chant of the people. The words are not poetry as we would recognize it — the chants have no rhyme scheme or meter — but they nevertheless paint a beautiful picture of the events which I believe occur the very moment I am singing about them.

Consider this passage from Matins on Holy Saturday morning, the day before Easter, or Pascha. Christ’s body lies in the tomb, and his followers and his mother grieve for him; but his soul has gone to raise the souls of the dead and take them with him into Heaven:

In the grave they laid Thee,
O My Life and My Christ
And the armies of the Angels was so amazed,
As they sang the praise of Thy submissive love!

Even without the music, simply reading the text can bring profound insights. When combined with the music, the result is so beautiful that words can hardly describe it.

All this leads to an idea of the Eastern Churches that takes into account both their uniqueness and their commonality. Ruthenian, Ukrainian, Romanian, Greek, their Orthodox counterparts, and the Russian Orthodox, as well, all share the same texts; but they all have different melodies, melodies that spring from the depths of their common heart, melodies that express a love for God in many different voices. Eastern Churches each have a different flavor (not unlike ice cream). They emphasize different points of doctrine, or maintain different traditions based on their own cultures. According to the German philosopher Josef Pieper, culture itself is a gift from God, given when people first started setting aside times to honor the divine rather than work. It is fitting, I think, to take the gift of culture and fuse it with the liturgy, offering to God a combined energy of divine and human, a gem of worship, each facet reflecting perfectly and uniquely the light of God.

When he wrote this piece, Chris Woods was a 16-year-old homeschooler from the south suburbs of Chicago. At the time, writing was one of his favorite hobbies. He is wonderfully happy to use this hobby to share his faith. Other hobbies include reading, listening to classical music and music from favorite movies and TV shows, Doctor Who, strategy games, and bike rides (usually to the library).

The photo accompanying this blog is courtesy of Vanita Sharma.