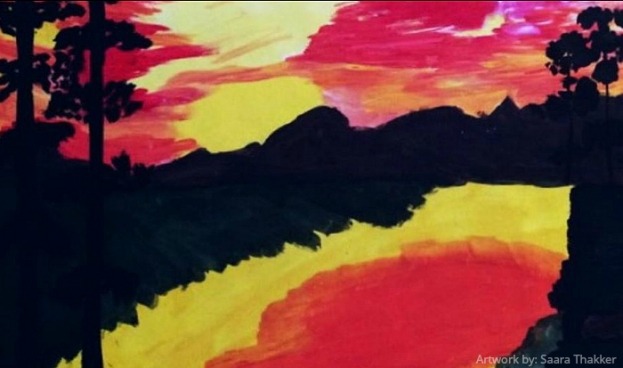 Out of the Labyrinth

Posted by KidSpirit Online on August 9, 2018

My life was a confusing labyrinth. I was always overwhelmed by the pressure to succeed and to reach the top because I had been brainwashed into thinking that would make me happy.

Since I was young, I had been taught I needed to achieve perfect grades, fill my schedule with after-school activities, and study until I was at the point of tears.

Tears meant I was working hard. If I didn't accomplish this, then what would others think of me? Would my peers and teachers believe that I wasn't trying? Would they make assumptions about me based on my grades? Would my “lack of intelligence” make my whole religion, gender, and background look bad?

These thoughts and “what if’s,” along with many others, were packed and jumbled in my brain, leading me to believe that life was a big convoluted mess, a knot that I wouldn’t be able to untangle. Looking back on it now, this was a very melodramatic, twisted, sick, and negative way to think.

But in the summer of 2014 my family and I visited my mom’s hometown, Alausi, in Ecuador for the annual bullfight festival, and I learned how the people there see life.

My dad, the adventurer in our family, decided to plan a trip to the Amazon. There we visited the Shuar tribe who are known for the ancient practice of shrinking the heads of their enemies. Upon our arrival they greeted us at the door of their hut in traditional clothing with red face paint made from a common Ecuadorian fruit. We sat with them on tree stumps around their communal hut. They welcomed us in the Shuar language and then spoke to us in Spanish, telling us about their culture and history. It fascinated me to experience something so different from the Americanized Ecuadorian culture to which I was accustomed.

Our hosts told us about their routine; each day they would wake up, help one another with chores, gather and cook food to then eat, and go back to sleep before starting over the next day. They then took us on a hike to a nearby waterfall. While we walked, they would stop us to identify plants or animals and explain each one's purpose and beauty.

They then took us on a hike to a nearby waterfall. While we walked, they would stop us to identify plants or animals and explain each one's purpose and beauty.

When we got back to the hut, we ate food that the Shuar people had cooked in banana leaves without using metal pots or pans. We ate with our hands, as they do, and while we were eating the conversation got political. A man started explaining that the president of Ecuador was selling native lands to private companies. He told us that cultures were disappearing even more quickly and that the policies weren’t just affecting native tribes, but also the environment, as companies were cutting down the rainforest and polluting the water.

He said to us, “Nada es complicada, ni la política o la vida, sino gente lo complica,” which translates to “Nothing is complicated, not politics or life, people make it complicated.”

When we got back in our van I let out a breath that I didn’t realize I was holding. I realized in that moment that even though I had always thought of myself as completely open, I had made subconscious prejudgments towards these indigenous people. I felt ashamed that I had thought they would be uneducated and unintelligent, and would act like the cartoons and characters I see on TV.

However, after getting to know the Shuar tribe members that day on the hike to the waterfall, I learned that I had a lot more in common with them than I thought. I started to relate to them more and feel more comfortable with them. I really enjoyed learning about their culture and sympathized with their struggles. It made me want to learn more about them and to learn more about people from other cultures, too.

I thought about what the Shuar man told me over the following weeks, only to find truth in what he said. I allow myself and others to get into my head, making my life more complicated than it needs to be. More often than not, I obsess about what others think of me instead of taking things easy. And while I may not be 100% there yet, I am slowly but surely getting to a point where I am not constantly worried and stressed about the “what if’s” in my life.

Now, two years later, I see that most of my friends are from different countries. I have friends from Sweden, Iraq, Japan, Korea, Germany, and Portugal. I make a conscious effort not to judge people because of their different ways of life. I really enjoy learning about others’ cultures, and embrace them and celebrate their traditions. I believe my trip to the Amazon opened my eyes and helped me discover new worlds.

When she wrote this piece, Sofia Mesh was a 13-year-old eighth grader at The Computer School in New York City.