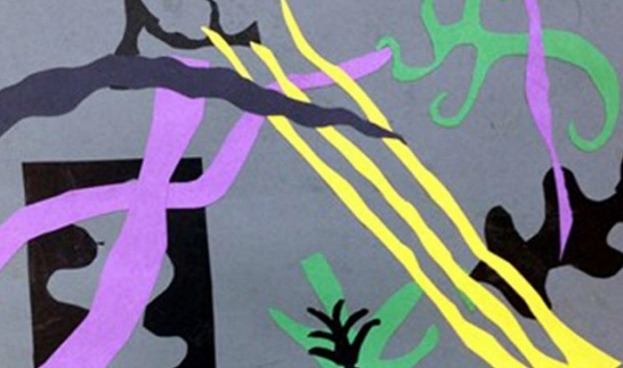 By Celie Johnson for KidSpirit's Numbers and Symbols issue.

My spirituality revolves around the use of numbers and symbols, a cloud of reasoning and a bit of mysticism.

I believe in numbers and that brings me comfort. It comforts me to count the stars, understand why they exist, and how they came to be. It comforts me to think of adding and subtracting, equations and notations, that make sense of this crazy and complex world. However, I didn’t always feel this way.

I was raised Jewish, but my father is Christian. There has always been an underlying tension about what to believe for my two sisters and me. Every year, we celebrated both Christmas and Hanukkah. There was always a candy-filled basket on Easter Sunday, as well as a Seder to host when Passover came around. It’s not that our parents were trying to persuade us one way or another, it’s just that it was confusing to seemingly belong to two religions, while spiritually not feeling like belonging to one at all. I felt conflicted about the role that religion should play, if any, in my life.

What did I believe in? It is still something I think about fairly often. If I had been raised strictly Jewish, what would be different about me and my outlook on the world? Each time I think about it, I conclude I would feel differently about faith and religion — not in a worse or better way, just different.

I attended synagogue from age five up until my Bat-Mitzvah, at 13 years old. My family and I belonged to a great community of people who leaned on each other and God for comfort and support. Through attending synagogue once a week and studying the Torah with others my age, I witnessed several people around me fall under the spell of faith. They were so involved in prayers that they would murmur to themselves, eyes closed, subtly rocking back and forth. Some with tears, as they looked to God for a healing prayer. By giving 100% of themselves to the religion, they were able to ground themselves in what Judaism had to offer. Each service, by singing prayers and praising Him (who seemed to float just beyond the stained, sloped roof of our newly-built prayer room), many people found themselves.

While I, on the other hand, found myself agape at what belief could do for believers and anxious that I couldn’t relate. Now I feel grateful for this experience. In that moment, I longed to feel such connection to something so life changing and inspiring. I wanted the hope that a divine figure offered; but I never could connect — something was always amiss for me.

At thirteen I became a Bat Mitzvah, an adult in the eyes of the Jewish community. Yet, after a three-hour ceremony, I didn’t feel the clarity or relief as I had hoped. Instead, I felt lost. The book from which I read didn’t make as much sense to me as it did to those around me, those who lived by it. Instead of feeling comforted by the symbols and stories that graced the text, I felt confused. I couldn’t grasp the ideas or religious teachings that a group of people had written so long ago. I couldn’t relate to the books of the Torah at all, not to mention the men who had written them. I was hoping that I might have some sort of religious clarity during the ceremony that would clear my doubts — but I didn’t.

My Bat Mitzvah was a pleasant memory of family, friends, and great food. Afterward, I thought about what it meant that I didn’t feel a spiritual connection to Judaism. I still think about this disconnect today. For one, life today is completely different from ancient biblical times and I was never able to embrace those differences. Instead, I grappled with them. Technology has altered our perspective on everything from last night’s gossip to major world discoveries. We are now able to understand our place in the universe and have a better idea of how small we are in relation to it; how insignificant in the scheme of things. I know that for some these realizations can be daunting. But for me, the realization brings me comfort. Just as some find hope in a higher power, I find hope in numbers.

I’ve always been a literal person. To believe something I have to see it. I want to hold an idea in my hands: an image of a problem or a diagram. Maybe because I am a visual learner, I don’t mesh well with concepts. Science and math have always made sense to me. I find these topics easy to comprehend. Exponential cell growth, for example, has an equation to explain how life duplicates and grows. This is what I believe in. Maybe this makes me unimaginative, but it works for me.

Numbers, symbols, and equations are, for me, the keys to the universe; they give me hope. Through equations and patterns, even the most complex mysteries can be solved. Though it may seem I have dispelled religion from my life, numbers represent faith to me. In this sense I am most definitely religious. Call me devout.

When she wrote this piece, Celie Johnson was a 17-year-old living in Portland, Maine, where she was a junior at Waynflete School. She enjoys exploring, writing, and making music, as well as anything to do with the ocean.