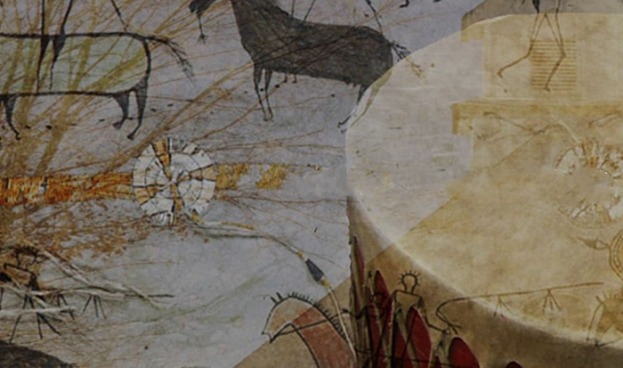 Church: A Catalyst for Exploration

Posted by KidSpirit Online on September 27, 2018

When I was called up to the center altar of my church by the members of “Drums No Guns,” I froze.

Who was I kidding? I often fidget by drumming pencils on desks or chopsticks on tables, but drumming in front of a few hundred people during a Palm Sunday service that’s webcast to potentially hundreds of others seemed more like a nightmare than reality. I had beat the drum during the procession, and maybe improvised a little, but in no way was I qualified to join the group. I tried to casually play it off and back away, but when I turned around to be absorbed by the crowd, I faced a wall of white robes, colored stoles, and beaming faces.

The priests were not going to let me back out of this one. “Go on up,” Father Mark said as he gave me a little shove. “Rock it!” laughed Mother Beth, pointing towards the drummer. I had no choice and walked red-faced up to the altar to meet my fate.

This memory resonates with me because of how nervous and out of place I felt when first being called to the drum, and also because it captures the essence of life at Trinity Church Wall Street.

I am an Episcopalian Protestant, and was raised immersed in church culture. From a young age I attended Sunday school and spent hours after every service eating doughnuts at coffee hour and playing tag in church playgrounds. I watched my mom as she worked to go from a spiritual parishioner to a divinity school graduate to an ordained priest.

When I tell people, specifically New Yorkers, about my mother’s story and my faith, their eyes will routinely widen and their body language will change. “Oh . . . you’re Christian,” they’ll say, before they half-jokingly add, “better not talk about politics with you.” Many non-Christian Americans view Christianity as a stagnant faith, thinking that conservatism and steadfast traditionalism dictate how Christians act. This is an accurate depiction of some Christians’ spirituality, but in my denomination, our interpretation of scripture often leads us to progressive views on moral issues. Starting with Henry VIII’s divorce and continuing with today's regular ordination of LGBT and women priests, pushing the envelope is an Anglican/Episcopalian pastime. This age-old practice has mainly manifested itself in the form of expanding our horizons to spread love and inclusiveness to everyone, meaning a heavy emphasis on ministering to people of all faiths and backgrounds and a focus on social justice work. It sounds simple, but by nature branching out to new places and people is difficult work.

In my experience, religious tradition has been an outlet for adventure and discovery. Following my church's core values of social justice and compassion, I have travelled to places such as the Standing Rock Reservation in North Dakota to connect with and provide aid to people who, despite being American, have lifestyles that might seem foreign to your average New Yorker. At Standing Rock, everyone was so relaxed and easygoing that we joked that we were on “North Dakota Time,” a time zone where everything took place 3 hours late, and punctuality was seen as rude. Quite different from the expeditious attitude of New York City, where you can see people pulling their hair anytime the subway is delayed.

However, it was not the long days of travel or the stark contrast between these places and my home that challenged me as a person. Instead, it was the complex relationship I had to these people, and the history regarding my ancestors’ role in the disparities that separated me from them. It was hearing the heartbreaking stories that these people shared so freely and kindly and humbly. At Standing Rock, I learned about the modern efforts to preserve the Lakota Sioux language after hundreds of years of Christian missionaries’ forcing the natives to assimilate and learn English. I also learned about the history of displacement and unequal distribution of fertile farmland between the natives and white settlers. As a white Episcopalian, I felt guilty of these crimes. Discussing modern reservation dynamics and causes of poverty with Sioux Christians, and hearing the damage that White Government continues to inflict on them, added to the weight I felt on my shoulders. I was not responsible for the injustice, but sitting there listening to the pain in their stories, I could not help but frantically search for solutions to the seemingly endless and complex problems.

As I sat in the dirt at the Wacipi trying to process this information, I felt completely overwhelmed. The complexity of the issues was mind-boggling; there were so many causes and influences and barriers to fixing the issues the Sioux faced. I had delved deep into the unknown, an entirely different place than the city streets and the comparatively simple life I lived. Traveling to “the rez” was an eye-opening experience. Growing up with a good education and routinely reading newspapers, I had always thought I had a solid understanding of what life was like in other places. My trip to North Dakota helped me to see that the world is vast and complex, not small and simple, and that to understand it will require venturing into the unfamiliar.

Unique experiences that pushed my boundaries, such as mission trips, brown bag lunches, Interfaith Thanksgiving Meals (one of which was the first time Christians, Jews, and Muslims had congregated in downtown Manhattan since September 11, 2001), and marching on Washington have changed me in countless ways. These are all examples of activities in which I would not have participated if it were not part of my faith and tradition to help other people, or my responsibility as an Episcopalian Christian to better understand the world around me. I’ve learned to trust many members of the church and their perspectives, even when I cannot see myself in new scenarios. This positive pressure from other church members to expand and try new things has set a precedent in my life. If I am uncomfortable with the prospect of something new, but the people I trust support it, I just try it.

At the last Palm Sunday, when the priest blockade prompted a U-turn and I was forced up to the altar, the choice was made for me no matter how much I wanted to make a break for the side door. I resigned myself to the task and sat down next to the other drummers. As time passed, I still felt out of place, but my uneasiness faded and I was able to find the beat. I was beckoned to do a drum solo and, miraculously, it went well. When I trusted the priests, things turned out alright.

My drumming experience is important because it still influences me. If I find myself procrastinating on an essay despite warnings from teachers, or wanting to hang out with friends when my mom recommends I visit with family, I remember the drums, and I push my grievances aside to do what deep down I know I should. When we trust others for guidance, we often end up with positive takeaways we could not have foreseen. In my experience, I have church members to thank for many adventures. Their wisdom has been a catalyst for discovery.

Jack Miles is a 16-year-old writer and editor from New York. When he's not writing, he enjoys spray painting, playing soccer, and singing with his choir.