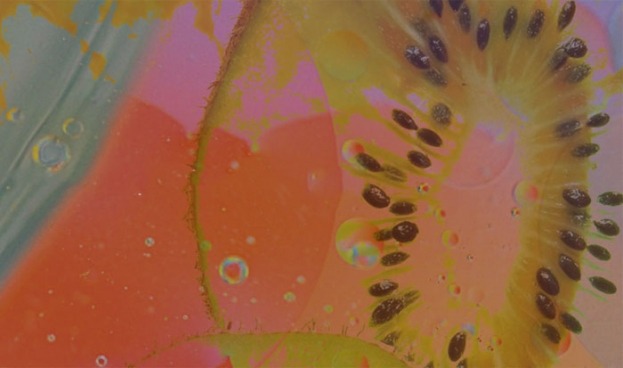 Zeera and Kichri in the Digital Age

Posted by KidSpirit Online on December 12, 2018

By Ayla Schultz, for KidSpirit's Speed of Now issue.

I settle down for dinner with my family. Pots of steaming and fragrant dahl, rotis, chicken, and pale brown rice sit at the center of the table.

Nani is sitting across from me, talking to my brother about something that my uncle recently sent on WhatsApp. The smell of zeera, elaichi, and rai seeds hit my nose. Mouths water, plates are overfilled, everyone smiles as the warm food hits their mouths.

Food has always been central to the culture of my family. Some of my earliest memories are of eating kitchri (slow cooked rice and lentils) and cauliflower after a half day of preschool. Indian food has always felt familiar, the thing that I can come home to after a long day at school. The twist and turn of layered spices and textures feels like home — warm and indescribably comforting.

Making Indian food the traditional way my Nani does takes hours. She starts by pounding garlic and slowly simmering it with onions and ginger. Then she grinds spices, adding washed lentils, tomatoes, and cloves. The result of numerous hours in the kitchen is a beautiful dish that reveals many undertones of flavor with each bite.

Many people, including my mom, have adopted a faster cooking technique. She uses modern appliances to aid in the cooking process, which cuts down on the time it takes to make traditional food and allows people to cook even if they work a nine-to-five job, as she does. Instead of taking fifteen minutes to chop up garlic and onions, my mom reaches for a food processor that can do the same job in seconds.

Still, as my Nani says, "People should not reach for a food processor for everything.” There is a certain connection that people form with the food when they put time and effort into cooking it, and that exertion is reflected in the way that it tastes — it has a flavor that cannot be replicated by any appliance. That is the taste I have grown up with, a taste laced with the hard work and sweat that the person preparing it has put in. Onions and garlic chopped by hand have a subtly different flavor and texture than their evenly processed counterparts. Spices ground by a mortar and pestle are finer and more fragrant, almost as if the manual act of pressing and splitting the grains imparts flavor.

Creating an Indian meal has always been a communal experience for me. My family wanders in and out of the kitchen helping my Nani chop and stir whatever she is making for dinner later that day. There will always be something to be said for the bonding aspect of cooking, of taking the time to settle down and put love and care into the food that is being cooked. Food, to me, always tastes better when it has a backstory, whether that be the fact that it was made by a person in my family or created over a long conversation. That thought attached to the dish makes it taste immeasurably better, because we have not only bonded with the dish, but with the person or story behind it. To me, the final product is only as worthy as the journey and conversation it took to get there.

Food preparation has to evolve with the times. Because we have less time to cook, we turn to technology which provides us with a set of extra hands, and a way to prepare healthy food quickly. Takeout can be ordered at the click of a button, and frozen foods can be microwaved with ease. Appliances save hours of time. Meals that took a day to make can be prepared in a matter of minutes. Technology has made many dishes more accessible than they were, allowing me to make things that require heavy arm power without the resulting sore limb — such as Italian-style meringues. Recipes can be shared and referred to on the internet, opening us to an online maze of possibility. But still, if I have the time, it is always beautiful to revert back to the traditional ways of cooking even if it is for the sole purpose of connecting with the dish I am making, and taking the time to truly enjoy the process of creating food.

But no matter how much cooking strays from its hyper-traditional ways, I hope that the core of what makes traditional cooking so tasty will not disappear. Technology is an incredibly useful assistant but should not become the chef. We should not lose that magical flavor that comes with working to prepare the meals we set on the table. Using numerous appliances is a very results-oriented way to cook, but there is a lot to be said, both in terms of flavor and gratification, for enjoying the process and not just rushing to the conclusion.

When she wrote this piece, Ayla Schultz was in the ninth grade at Saint Ann’s School in Brooklyn, New York. Her favorite subjects are literature and science. She loves writing, bird watching, dancing, and cooking.