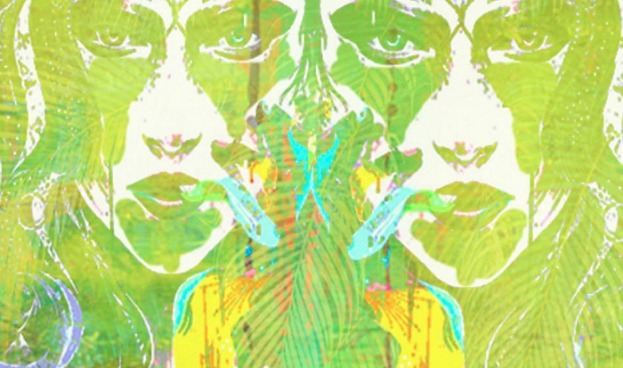 Caught in the Middle

Being white can mean a lot of things, too. It can mean that you are a school principal, the President of the United States, House Majority Leader. It can also mean that you are racist, entitled, privileged. At least, that’s what I hear.

I am white, but I am also Hispanic. My father is Jewish and of Polish and Russian descent. My mother is a Catholic Ecuadorian immigrant who moved to the United States when she was 17. In a way, I am caught in the middle of multiple identities — race, family, religion, and how society likes to define me as a person. To white Jewish Europeans, I am neither European nor Jewish enough. To Hispanics, I am not Ecuadorian because of my religion and the way I live my life.

In today’s society, kids are used to saying phrases like “you’re so white” if you walk in the room with a Starbucks coffee, or if you use toilet paper to wipe your nose once, you are living the “ghetto life.” Kids are so accustomed to stereotyping and confining people that these comments are often overlooked, and others pretend not to hear them.

I have attended a reform synagogue in New York City for six years. I go every Monday to help teach third-grade Hebrew school, and on some Saturdays for Shabbat services. Every single time I walk into the building, I get asked the same kind of questions:

“What are you here for?”

And, as I get older, “The babysitters are only allowed in 20 minutes before the kids get dismissed.”

Other kids my age walk in. Since they are more obviously white, they don’t get as much as a glance.

When I was younger, some of my older cousins thought it would be funny if they asked me, “What is your religion, Catholic or Jewish?” I had not realized yet that my parents had decided that they would raise me and my siblings as Jewish, so I answered, “both.” They were quick to tell me that I was wrong — I could not be both, that wasn’t how things worked. I was almost brought to tears, trying to make them understand that yes, there was an in-between, and they were looking at it. But no words could persuade their 12-year-old minds.

As I got older, my cousins got meaner. They loved to tease each other, and I hated it. To them it meant joking around and showing their love for each other, but to me it was a reflection of how they truly saw me. As I got older, I voiced my opinions louder. They could no longer dismiss me. I became less shy and more independent. I started to think that I could change them, make them more accepting of others and open their minds to new ways of thinking.

Little did I know that people don’t change. Nothing I said would change their minds. And I tried; I spent hours thinking about what Judaism meant to me so I could then tell them. And in those hours and conversations with my father, I figured it out. For me, being Jewish means tikkun olam or “healing the world,” having a good education, and righting wrongs while you are here. Eventually I realized that I would never get the acceptance I wanted from my cousins and I was heartbroken.

All I could think was, “Can who your parents are, and where they’re from, change how others see you?”

The truth is yes. It changes everything.

I never got my cousins’ acceptance and I will only get other people’s acceptance if they want to give it to me. So now I have a new goal. I am striving for their respect. I no longer care if they don’t accept me or like what comes out of my mouth. All I need is their respect and I will be satisfied.

Every once in a while I feel as if I’m caught in the middle of a street, and there are too many voices telling me where to go. As much as I tell myself that I’m fine, sometimes feeling like I don’t belong is just really hard. Sometimes it might take me a while to get there, but I always remind myself that I don’t need to leave the street; I am perfectly fine where I stand. Caught in the middle.

When she wrote this piece, Maya Mesh was 14 years old and a freshman at Millennium High School in New York City. She loves writing poetry and also enjoys reading it.