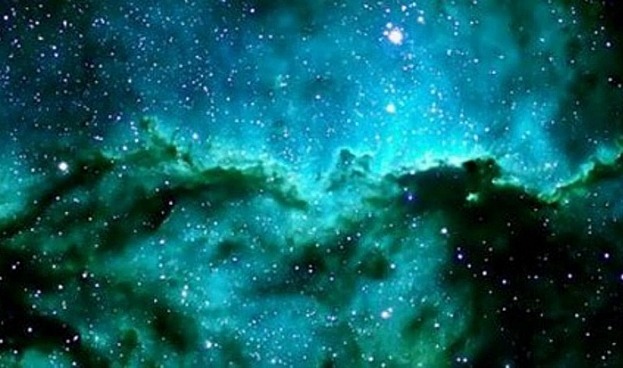 The other day, I began to ask
people what made them happy.
I heard of dinner dates and bookshelves, of
baby’s laughs and rainbows that curl over the sky
and wink at the passers-by,
Of cups of coffee and Taylor Swift, of earphones, gaming consoles and
children that look straight at you and never stop asking why.

I heard of marble cake (vanilla only), of love letters and football matches
where Barcelona wins,
Of historical fiction, of poetry, of French fries dipped in extra ketchup
and parks with jumbo swings.
I heard of passion and saw what it meant
as my question sparked a galaxy of smiles.

I heard of satisfaction and knew how it felt
as I caught their infectious laughs, a little louder each time.
I heard of miracles and witnessed them becoming more real than
the truth as I could only look on in startled surprise,
For I heard of faith and felt it turn my skepticism to belief before I
could even stop, wait, question or realize.
I heard of mouthfuls of chocolate, long texts, simmering pots whistling
away to perfection.

That day, talk of happiness lit up the street as even the roads told me
how much they await the arrival of the moon that drowns them in white,
Conversations of joy took over as the telephone booth came up to me
and asked me to gift it a penny in words.
The sky leaped purple and blue as if to tell me that all those eyes on it
gave it its pride,
And as the stars came down that day to wave me a cheerful goodbye,
They told me they lived on glimmers of hopes that turn into flickers of
smiles.
Those were the hopes, they said, I had lit into existence with the colors I
built of imagination,
And today, a star came down to deliver a thank you note to my palm, just
because I asked a single question.

When she wrote this piece, Himadri Agarwal was a 17-year-old bibliophile living in Kolkata, India. She believes she is made of stars and painted with words. If not reading or writing, Himadri can be found listening to Taylor Swift and Ed Sheeran.