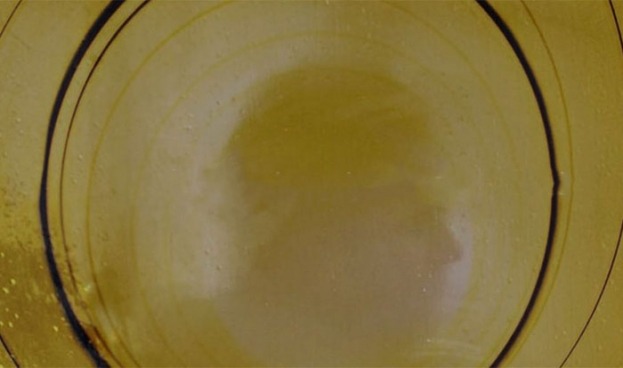 Learning to Reach Out

Posted by KidSpirit Online on August 4, 2020

By Khawaja Mustafa Shah for KidSpirit's Fear and Anxiety issue.

“If you are going through hell, keep going.”
— Winston Churchill

While these words are meant to inspire people, some misinterpret them. These people say that each person should face their own problems by themselves and should not stop to take care of themselves or their state of mind. Such is the status quo of mental health issues in Pakistan.

There has always been a stigma around discussing mental health issues in Pakistan. Showing any fear or anxiety is viewed as a sign of weakness in our hyper-masculine society. Growing up, I was always taught to hide any signs of angst in public. Mental health problems are given no importance; I was always told that there were so many people in my country suffering poverty, starvation, malnutrition, and various other issues that seem to be much worse than what I was going through.

The result of all of this is that Pakistanis have been pushing away all of these feelings into some dark corner of our brains, where they accumulate. Women in Pakistan are marginalized when they attempt to express feelings or thoughts that are not in accordance with societal norms. Many of the middle-to-lower-class women in Pakistan deal with some form of harassment, be it verbal or physical. The high rate of domestic violence in rural areas leaves many thousands of women mentally broken, with no support system in place. These women go on to become shells of their former selves, forced to internalize all their feelings about the traumatic incident that occurred.

However, not being a female myself, I feel I cannot adequately describe the plight that women in Pakistan face. In the case of the Pakistani males, these dark emotions often express themselves as misplaced anger and rage over non-issues. A good example of this would be during any kind of sport. Young teenagers often come to blows over disagreements during a match. The dark feelings inside them cause them to hold grudges, which can lead to fights reminiscent of gang wars. This suppression of negative emotion is detrimental to the growth and the mindsets of Pakistani youth, and can lead to serious problems such as drug abuse and chronic depression. Oftentimes, the youth of today are labeled as “aggressive” and some in the older generation blame it on video games and violence in media, but they fail to understand that it is caused by the standards in our society that have been reinforced over the years.

While we are told to deal with our issues ourselves, our older generation always instills in us the importance of helping someone out in their time of need.

Like many young men of our generation, a close friend of mine was going down a dark path, as he could not express himself to anyone. At home, his parents would tell him to stop wasting time dwelling on frivolous matters, such as his mental health, and would implore him to just keep studying. He would feel insecure about his capabilities and his worth. I could see the negative effect it was having on him. He always looked tired and had major mood swings. He complained of constant headaches and body pains. He snapped at his close friends over small things. It came to the point where he was shunned by most of his friends, except for a small group of people who were really worried for him.

This is where the positive aspect of our Pakistani mentality shone through. While we are told to deal with our issues ourselves, our older generation always instills in us the importance of helping someone out in their time of need. And due to our hyper-masculinity, a lot of emphasis is placed on the importance of brotherhood. We are supposed to feel empathy for our “brothers” and shoulder their burdens with them. As paradoxical as it may seem, it was this that brought my friend back from the verge of insanity. His friends helped him deal with the fear of the unknown by inculcating an optimistic outlook in him. There were instances where his friends would make plans for the day, only to discard them when he looked uncomfortable or sad. They would sit down and talk to him, rooting out the causes for his problems and helping him take steps to solve them. Even when he did not immediately improve, they never gave up. Due to their relentlessness, positive changes were finally seen. He got over his anxiety about the pressure of his studies and drastically improved in all aspects of his life. On the recommendation of his sister, he started going to therapy.

Any outside observer can gauge how far our society has come in terms of mental health. The older generation viewed therapy as a frivolous, useless luxury, and would have never admitted that something was wrong with their psyches. But now, even educational institutions have noticed the need for counselors. In most schools, I see at least one certified psychiatrist, whose sole purpose is to care for the mental health of students. Those who are younger than we are taught to speak openly about their issues so that others can help them combat anxiety.

However, many rural and poverty-stricken areas of the country still view mental illness rather archaically. They believe that it is the work of the devil and “dark forces.” Due to this mistaken belief, many people who need help from mental institutions are just sent to religious healers and do not get the help they need. Once the family realizes that the spiritual process is not working, they simply send the sufferer to an asylum, where the horrific conditions drive them clinically insane.

As education becomes more commonplace in Pakistan, the mindset of the society will change.

So, there is still much progress to be made. Schools should include mental health awareness in their curriculums, and mental health awareness campaigns should be held in rural areas all over the world. People should be taught to help those with these issues, not ostracize them. As education becomes more commonplace in Pakistan, the mindset of the society will change.

In an ideal world, implementing these changes would be easy. However, the world we inhabit is far from perfect. It is difficult to make people change the biases that have been drilled into their heads ever since they were old enough to understand. It is harder still to get those with mental health issues to overcome their fear of speaking about them. But it must be done.

When I was re-reading this article, preparing it for submission, I realized something. I, too, was a victim of the fear of speaking about myself.I was afraid that my peers would read my article and think of me in a negative light. So, instead of saying that I faced these problems, I said that it was “a close friend of mine.” In reality, the “close friend” that I write about in this piece is me. For the last two years, I let myself get buried under the stress of my day-to-day life. I was pretty good at hiding it, but those who knew me even better than I knew myself noticed something was wrong. My sister helped me realize that it was perfectly natural to have these feelings at my age and encouraged me to seek help. Emboldened by her words, I started discussing the issue with my friends, and they began helping me with it. I had a talk with my parents and was surprised to find that they were very understanding. I even started therapy, something which I used to view as “a frivolous, useless luxury.” All these steps have helped me to improve myself as a person, and I feel as if I am a better person than I was two years ago. But the one thing that still gets to me is knowing that millions of people all around the world feel the same way I felt and are not fortunate enough to have the support that I had.

One of the things I love about writing for KidSpirit is that it gives me a platform to reach out to many people worldwide. With that in mind, I want to make a request to the reader. If you see anyone with signs of depression, or any other mental illness, please take the time to sit and talk to them. Encourage the people around them to be understanding of their situation. And for those who read this and are suffering through something, please reach out to someone. I realize that it is difficult to tell others, and even to admit to yourself, that you have a problem, but it is necessary for you to live a happy life. The first part of solving a problem is acknowledging it exists in the first place.

When he wrote this article, Khawaja Mustafa Shah was a 17-year-old student at the Karachi Grammar School in Pakistan. He is an avid reader, and his handwriting is as illegible as it is incorrigible.