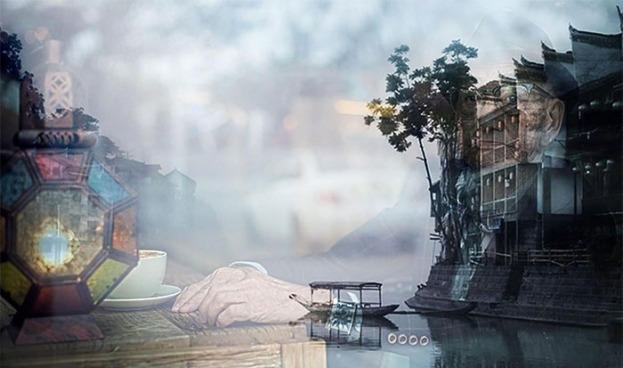 What Fulfillment Means to Me

There are 800 kilometers between the cities of Beijing and Kaifeng, a lengthy gap mercifully shortened by the invention of rail. What was originally a laborious six and a half hours by car is now a slight three by train, and therefore it is a matter of practicality that the train is the preferred method of transit when I divorce the capital to make my yearly visit south. The cars and facilities are cool and clean, and the moquette seats, though not quite comfortable, are adequate and spacious enough. Besides, boredom is never a consideration when traveling by rail, or it at least has never been a concern to me. The large windows grant me the ability to spend hours entertained by nothing more than the passing of the countryside, the blurring of gingko trees with stone terraces, the sloping hills which slowly cascade down into many fisheries.

I must admit, however, that I also have a few sentimental and personal reasons to be so endeared to the railway. My grandfather, who is the reason I take this pilgrimage each year, was originally a soldier, and his division was tasked with the creation and maintenance of several railroads across the central part of China. Every couple of years, when the current construction was finished, he and his compatriots would gather up their belongings and move to another small place where the hands of modernity had not yet touched, and then they would lay the tracks for new development. I imagine it to have been a rather nomadic lifestyle, and certainly one full of hardship and labor. Food was hard to come by in China in those days, and whatever rations that they received were no doubt insufficient to sustain the grueling work of nailing spikes and blasting rock. The hours were long, with no ability to put down a permanent residence. There were many who starved and died, and certainly a similar number who could not endure the days of exertion and little pay and deserted.

But when I question my grandfather about this now and ask him to recount the hours he spent travelling as a young man, he does not answer with the solemn sincerity that I expect, given the gravity of the events. Instead, he is carefree, even jovial. After explaining the famines of the Great Leap Forward in the 1950s, he laughs and takes a sip of tea. This behavior has perplexed me, and once I even thought it to be a consequence of senility, but now I believe he is just happy to be alive. More importantly, his wife, his children, and his grandchildren are alive. He is happy that we are safe and living in comfort, and that we are in no danger of starving tomorrow, and most likely never will be. In a world so bloated and ruptured with war and disease, where so many have died so young, what more could he wish for? To live, and most importantly, for his family to live, is enough. He is content in knowing that he has lived a full life, and that he has added a link, however small, to the long and circuitous chain of his family's history. I admire and respect this greatly: to live through such hardships and come out not only alive, but with an appreciation for life, is something I know must be rare and difficult to accomplish and sustain.

I wish to accomplish something, anything, even if it means that I have to sever the ties I have to the values that birthed me.

However, as many teenagers do, I believe myself above this. I do not want to merely live, but to live and be remembered. I have a number of great and noble goals, most of which, if not all, I perhaps will be unable to accomplish. I think of myself not in terms of family lineage, but rather as an individual, an artist, a monad. I do not look up to those like my grandfather, the working man, the train attendant that rips my ticket stub, even though I also hate myself for it. I desire, I need, to be more. I cannot be like them, I think to myself. I dare not be like them. To live in normalcy, to live an ordinary life, to have my fulfillment defined by the small pleasures of raising a family, of watching those around me grow, seems nothing but a torture to me. I wish to accomplish something, anything, even if it means that I have to sever the ties I have to the values that birthed me. I see the family unit, the edicts of Confucianism, as more of a burden than anything else.

I would like to become a renowned scientist or author, someone who forever lives in the pages of a school child's textbook. Perhaps then I will be satisfied or fulfilled, though I do not think that will be the case. My personal insatiety seems boundless and tenebrous. There will never be “enough,” at least for right now. There is always another plain to cross, another valley to descend into, another new dawn to be mapped out and analyzed. In this way, my grandfather has me beat, even though I do not wish to look up to him. He is satisfied with mere survival: I would remain discontent with the entire world. Perhaps as I grow older, and become more attuned to the world, this will fade, but for now, I am unable to accept living a little life — I want to live bigger than I am.

Somewhere in the murky waters of my subconscious, a part of my grandfather remains, hidden.

I have made some small successes towards this goal: I have pursued poetry and writing, even when advised against them, and I have sought out many friends that my parents may not necessarily approve of. Yet I cannot claim complete rejection of my grandfather’s sensibilities. In the same way that we cannot remove our biology or reflexes, which have been hardwired into our brains for millions of years, I cannot completely kill the ideals of the past. Somewhere in the murky waters of my subconscious, a part of my grandfather remains, hidden. I see this in the yearly visits I pay him, the joy I feel when I learn that he is in good health, and the way I promise to send him my first paycheck when I graduate from college.

I suppose this is not necessarily a bad thing: there's something extraordinary in my grandfather's story, even though it is not the strain of extraordinary I would like to cultivate. To emerge from great tragedy not only merely unfazed, but joyful, is something I cannot fully comprehend, and perhaps never will. While others would have been consumed by contempt and vendetta, he chooses instead to live. In the face of everything that has befallen him, every plague, every indignity, he still wakes up early every day and takes a stroll in the park. It takes great will to do that, and that will always remain part of me, though I sometimes selfishly do not wish it. But that is something I cannot control. All I can do is move forward as best as I can, and to accept the remnants of the past that still remain.

When he wrote this piece, Nathan Zhang was an 11th grader living in Winston Salem, North Carolina. He lived in China for about three years. His hobbies include reading, writing, gaming, computer hardware, and enjoying all kinds of food.