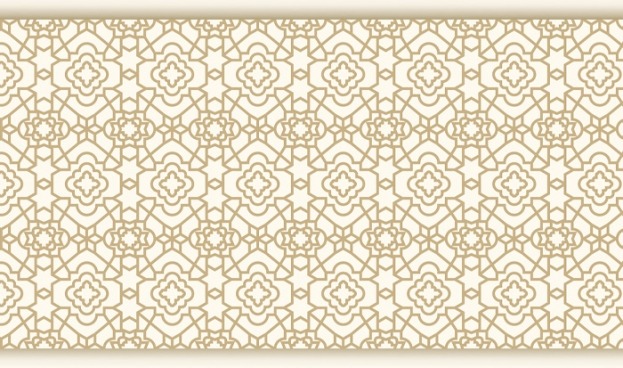 Religion in my household is very interesting. When you approach my apartment you will be greeted by a “Happy Hanukkah” floor mat. Then, one of the first things you see when you enter the house is a photograph of the Pope and an image of Jesus on the wall.

This is because of my bicultural family. My mom is Catholic and from a small mountain town in Ecuador. She immigrated to the United States when she was 17 and spoke no English. My dad is Jewish and he grew up in the suburbs of New York City. He learned Spanish in Spain.

My parents come from two very different worlds. Yet, when they met, they found that they had a lot in common. Both of them are bilingual psychologists and they have common values, such as the importance of education and caring for others. When they got married they agreed to raise their children Jewish to give us a strong foundation of ethics and morals.

My sisters and I all attended Hebrew school and my sisters became madricha (teacher assistants). When I first went to Hebrew school, I really wasn't looking forward to it at all. I saw it as an unnecessary waste of time. But now that I am finished with Hebrew school, I am starting to realize the great power it had on shaping my morals and who I am today.

One of the most important ways that Judaism has shaped me is by making me conscious about helping others in need. The stories in the Torah act as a guide to model ways that God wants people to act. During Passover, you can invite people in need to come and eat, where you welcome them into your home with open arms. Because I celebrate Passover every year, its message of helping others has been ingrained in my mind, and thus I see its effect in my everyday life.

Whenever someone in my family does something to contribute to the betterment of society, my dad says it is our daily mitzvah (which means good deed). One day my dad and I were taking a walk, and while we were crossing the street he abruptly turned around and walked the other way. I was on the other side of the street when I saw him talking to an old lady. I ran back to him, attempting to not get hit by a car, and saw him helping her with her walker. We talked to this old lady for some time while standing on the corner of the street. She enthusiastically told us about her grandchildren and what she did in her life. We listened with interest for at least 10 minutes until she finally finished her stories. Then we dropped her off at the supermarket, and she thanked us several times with a big smile on her face. When I saw my father’s good intentions, it really inspired me to change my outlook for the future. Even though this only took 10 minutes of our time, I could really see the impact that it had on this lady. This further showed me that the simple things in life, like opening the door for somebody or pressing the elevator button for your neighbor, are all that it takes sometimes to brighten up somebody's day. These daily mitzvahs over years have given me a guide to follow in my own life.

The concept of tzedakah means righteousness or charity, and it is an important value in Judaism. During Hebrew school the teachers pass around the tzedakah box so students can contribute their change to support the needy. I learned the importance of helping others, which led me to want to do more for others. The project that I am most proud of is the fundraiser that I created for Salva Dut. The summer before I started seventh grade, my middle school required everyone to read the book A Long Walk to Water. It is about an 11-year-old boy (Salva Dut) from South Sudan who was a refugee for 10 years during their civil war. After many years he was lucky enough to be brought to Rochester, New York, where he learned English and enrolled in college. Then, he decided to return to his country to build wells for his people, so they could have fresh water. This changed peoples’ lives. Without wells, girls would have to walk four hours and back to get water for the family, and they couldn’t attend school. Once the village had wells, the girls started to go to school. I felt emotional when I read this story about this “lost boy” Salva who created the organization Water for South Sudan. I wanted to help them. I contacted the organization and found out that Salva was going to be in New York City. So I created a fundraiser where he spoke about his life. Even though the event was held on a Monday night, I was overjoyed, and very proud, that 200 people, including a lot of middle school students, attended, and we raised $9,500 for Water for South Sudan. Going to Hebrew school really helped me learn important values like helping people in need.

Even though my parents decided to raise me as Jewish, I have been exposed to my mom’s culture and religion as well. We have made a number of summer trips to her little mountain town in Ecuador and during the annual bullfight festivals. I met her grade school teachers and experienced her culture. I have also experienced her traditions, cultures, and values from my grandma Nema, who is very religious. Before leaving home she says to me in Spanish, “may God bless you.” She is the one who put the picture of the Pope and Jesus next to our door. She also makes us walk up the steps of the Catholic church that we pass on our way to school and she wants us to cross ourselves.

Even though I am not the most religious person, religion has helped me find the strength within myself. When I attended Hebrew school it was very fascinating to hear about, for example, Jonah and the whale or Noah's ark. Even though there is a part of me thinking that this story is impossible and could never happen, a part of me enjoys reading about these events. When I break down the meaning of the story, I find myself seeing these things to be more relevant to my everyday life. When I make these connections to my life, I try to act in ways that these stories have told me God wants me to act.

When he wrote this piece, Kushan Mehta was an eighth grader at The Riverside School in India. He enjoys technology, language, design, and music. He has published numerous articles and short stories in online magazines, newspapers, and novels. Kushan tries to fade the lines between the two countries he has been tied to — the United States and India — and hopes to write his own novel one day, too.