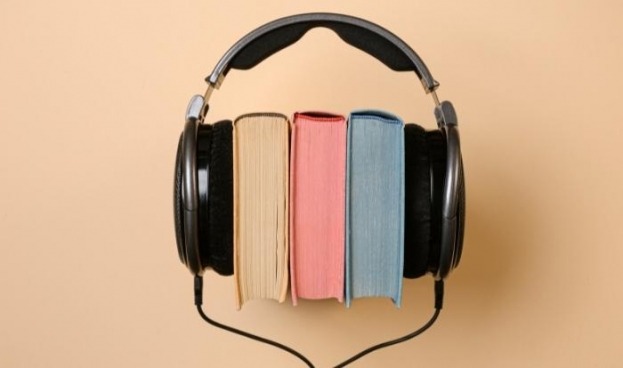 I knew God existed when I heard the rhythmic pulse of spoken verse reverberate through the living room for the first time.

I still remember the way the syllables rolled over one another, the softness of each carefully chosen word, and the indescribable emotion I felt overcome me. When I asked my cousin (who was with me at the time) about the experience, all she had to say was that I had witnessed the pages come alive, speaking their truths of our history. It was like having the key to our nation tucked in our tiny palms. A tale our ancestors wrote, hidden so sublimely in the words of verse.

The anthology from which my grandmother read to me is now probably lost in a box in the attic somewhere, pages tattered and title lost to time. Despite that, I can recall how quickly I fell in love with this part of my heritage, entranced by the works of Allama Iqbal and Faiz Ahmed Faiz, engulfing page upon page of Ghalib’s love poems, and sitting up at night listening to videos of people as equally captivated as me recite their favorite pieces. Thinking back on it now, perhaps my infatuation with the art form came from the feeling that I shared a secret with the old earth beneath my feet, long forgotten in the minds of my peers and elders, and erased from the pages of history books.

But as that version of me in my childhood introduced herself to the world, she was influenced by many of the Western traditions that had trickled into the melting pot of Pakistani culture. Whether it was the fashion of jeans and t-shirts over traditional kurtas or the taste of French fries over curry, my interests quickly became dominated by those of countries so far away from my home. Time and media played their tricks on me too, and by the time I had reached the sixth grade, where I had savored the Urdu shairi I had grown up on, I was now more intrigued by Robert Frost and Emily Dickinson. Their names were the only ones my tongue remembered when someone asked me who my favorite poet was.

My grandmother was the first to notice this change in me, sitting me down on that very same floor where I had listened to her all those years ago, and asking me what happened; I didn’t know how to respond. It was a change so subtle I had not even noticed it in myself, and in that moment, I lost all sense of who I was. How did the girl so obsessed with the genius lyricism of these poems become a stranger to the works she’d held so dear? If you asked me right now why I chose to write about this subject, I’d say it’s because I am trying not to forget. I am trying to rediscover my passion.

To start off with, I began researching the history behind this art form, where it came from, and why it was so important to our culture. Learning about how the proposition of having a separate nation hung suspended in the air, like a man on a tightrope, and how people turned to seek courage from Urdu shairi filled me with admiration for my ancestors. Intricate verses, whether they were printed on an expensive piece of royal parchment or a cheap scrap of newspaper, were able to inspire thousands to seek the freedom they had long prayed for, and captivated the hearts and souls of people across the subcontinent. In fact, the very soil I stand upon today can only be attributed to the candle of hope that shairi became during those dark days of struggle.

It was only through understanding this part of our history that I could then delve into the versatility that characterizes this genre of art as a whole. The more I read it, the more I could appreciate its ability to embrace passion, anger, morals, or religion. It was a way for savants like Ghalib to embody every ounce of desire in his heart through the symbolism on his page. It was a way for Faiz Ahmed Faiz to shatter a dystopian fantasy and illuminate the flaws he saw in our corrupted world. Ultimately, it became the source of inspiration for my own works of poetry, which help me escape the everyday curveballs life enjoys throwing at me.

As humans, we often lose ourselves to everything this world has to offer. We can forget our own people and those who sacrificed so much to get us where we are today. Especially with the onset of modern-day media through which so many cultures have become accessible to us, it can be hard to remain true to ourselves. Having experienced such a loss myself, I can tell you it’s a long journey on the path to rediscovery, but when you dive into the history of your world, it can be shocking how much you learn and how much you grow from the experience.

Urdu shairi was my home and it remained waiting for me even when I strayed away for some time. I hope there’s something like that for everyone, something they can put their heart and soul into and find that it will be just as open with them.

When she wrote this piece, Iman Monnoo was a 16-year-old in 11th grade at Lahore Grammar School Defence in Pakistan. Aside from reading and writing, she also has an affinity for public speaking and drama!