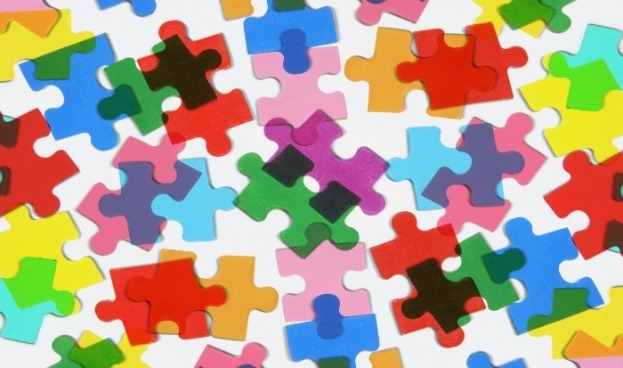 To Live or to Plan?

Posted by KidSpirit Online on January 9, 2023

To many watching this film for the first time, this quote sticks out as one of the most notable; the way one phrase, “carpe diem,” was illustrated as having the power to make lives “extraordinary.” My father, a 40-something businessman from Lahore, Pakistan, was watching the film with me, and when the students stood up on the tables at the end, so too did we stand up, except this time on cinema chairs, hair decked with popcorn garlands, laughing because in that moment we were part of the protest, part of living in the moment. To me, my father seems the embodiment of carpe diem. A physical manifestation of an ocean of possibilities with no restraints or cares for the next hour or year.

It seems humorous when I look at the match between him and my mother. A dichotomy of present and future living under the same roof. Where my mother wants us to study hard and constantly ensures we enroll in activities beneficial for our college applications, my father takes a more relaxed approach and preaches having fun over any other form of fulfillment. For their children, this places us in a bit of a gray area — unable to focus entirely on simply living our lives and unable to put our current lives on hold to better our futures. To my mother, life should be about setting goals and living to achieve them. To my father, life should be a journey to find yourself without worrying about where you end up.

The challenge establishes itself in deciding which rule of law you want to abide by. Personally, I find achieving a balance should be prioritized; yet the narrative of those who tell us to focus on getting a good job or getting into a good university always seems to clash with those who tell us to enjoy our youth and not worry about adulthood. To a mere child, the struggle to choose whom to listen to can become overwhelming. After all, how can someone so young bear the responsibility of deciding whether to leave the future up to fate, or whether sacrificing time in the present is more important to ensure a stable future?

The battle to find a balance in life is an idea which in itself has confounded even the ancient poets. In fact, it was the Roman poet, Horace, who is attributed with the idea of carpe diem, with the phrase coming to stand for Horace’s entire injunction. However, this phrase originated from a darker perspective: the notion that one needed to live in the present because there was no telling what the future could hold (given that survival itself was never guaranteed in 23 BCE). Horace expanded upon how taking advantage of every day was necessary to live a life full of joy and excitement; his primary thought was that self-fulfillment could only come from valuing life and the blessings that come with it:

The envious moment is flying now, now, while we’re speaking:
Seize the day, place in the hours that come as little faith as you can.
— Horace

The more modern interpretation of the phrase takes on a complicated nature. Nowadays, in the wake of modern medicine and technology, one wonders if it is still better to value day-to-day life over the future.

John Keating would argue that yes, it is; even if it’s more likely that one is able to live until old age, it is still important to value life. Being able to experience every aspect the world has to offer, or at least try to, should be more important than any kind of monetary success that is valued in the world.

The idea of valuing the future more than the present is also based on the premise that life itself is temporary. The only true differentiating factor comes with how to deal with the finality of life. To people like my mother, the ephemeral nature of life is precisely the reason we should strive to do all we can with it. Those who end up as spearheads of climate change movements, women’s rights activists, or changemakers in the world tend to be the most quoted examples when trying to motivate children to adopt a future-centric lifestyle. Take the example of Greta Thunberg and how she began school strikes for climate change at age 15 — her goal of ensuring a better future is one people including Disha Ravi in India and Xiye Bastida in the United States agreed with as they, too, took to organizing their own strikes.

Aside from climate change activists, athletes like Bianca Andreescu also advocate for this kind of mindset: at just 19 years old, this Canadian tennis player defeated Serena Williams in the 2019 U.S. Open. For her, visualizing and working toward a goal (particularly when it comes to training) is a way of life. Andreescu herself even shared after her win how, for years, she would close her eyes and envision herself winning the match.

Still, it is important not to neglect either side of the argument altogether. After all, the future cannot exist without the present, and all actions in the present impact the future. Therein lies the need for finding balance. As the saying goes, we should “stop and smell the flowers” occasionally so life does not pass us by. However, we must also be mindful to not forgo our future. Taking time out to avoid overburdening ourselves whilst also working toward established goals may be a good pathway to follow, especially because it encourages one to look at both sides of the spectrum and recognize the pros and cons of valuing the present or the future.

But even if the future is not certain, no philosopher or poet can set in stone how an ideal life should be lived. And with that knowledge, all that we can say for sure is that our lives are ours to live.

When this article was published, Iman Monnoo was a 16-year-old in 11th grade at Lahore Grammar School Defence in Pakistan. Aside from reading and writing, she also has an affinity for public speaking and drama!