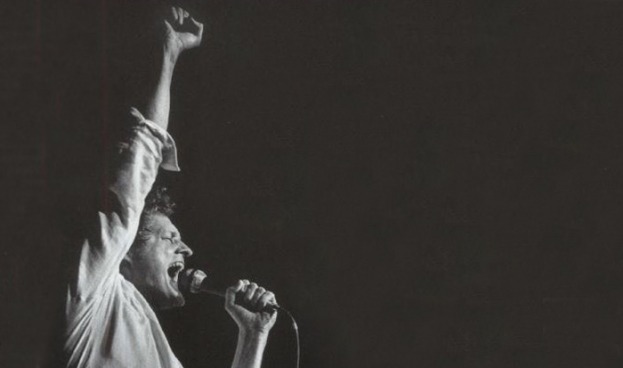 The first time I can remember musicians campaigning for a political candidate, the folk trio Peter, Paul and Mary were in a small park in Indianapolis on behalf of Lyndon Johnson. I remember they sang Pete Seeger's "Little Boxes." The song didn't really convey why we ought to vote for Johnson; it was a critique of what had happened to America. Seeger could be patriotic ("This Land Is Your Land") and critical ("Where Have All the Flowers Gone?"). Years later, Bruce Springsteen was mixing praise and lament in such tunes as "Born in the U.S.A." and "Land of Hope and Dreams."

In between those two was Harry Chapin, perhaps the greatest writer of story songs of all time. His career and his remarkable humanitarian work to fight world hunger are chronicled in the documentary Harry Chapin: When in Doubt, Do Something. After watching it, I decided to see what Chapin had to say about the United States, a.k.a America.

In the hit song "What Made America Famous," which was made into a Broadway show, Chapin tells the story of some hippies living in a rundown slum house in a small town. When a fire breaks out there, the volunteer firemen do not rush to the scene, but the local plumber does, saving the narrator, his girl, and a couple kids. They spend the night at the plumber's house, and the boy notes, "It's funny when you get that close, it's kind of hard to hate . . . I went to sleep with the hope that made America famous . . . that how together, yes we can create a country better than the one we have made of this land." Despite this affirmation, Chapin ends the song with a cry that resonates to this day: "There's something burning somewhere, does anybody care?"

Another song issues a similar challenge. Chapin lists some of his concerns: a hurting child, helpless old folks, someone hungry. He admits that "sometimes these days it's hard to choose the one right road to go." But then he hears someone crying and concludes, "It sure sounds like America to me."

The narrator in "I Don't Want to Be President" is pegged early in life as a natural politician and eventually is elected to Congress. He keeps insisting: "I don't want to be President but I want to help the poor and the helpless people." Why does being President and helping others seem incompatible to him?

Finally, even when he questions America's inability to live up to its ideals and society's ability to serve the people, Chapin keeps his faith in the individual's calling to be of service to others. His life and the song "Someone Keeps Calling My Name" are testimonies to that democratic vision.