Harry Chapin: When in Doubt, Do Something

Directed by Rick Korn
A portrait of the singer/songwriter whose story songs and humanitarian activism prove to be equally inspiring.

Harry Chapin: When in Doubt, Do Something is opening in theaters and on virtual cinema on October 16, 2020, which is World Food Day.

Harry Chapin was born in 1942 into a musical family who loved to sing and play folk songs. With more energy and enthusiasm than anyone around him, he decided to be a documentary filmmaker. Three years later, Harry leaped into his true calling as a singer/songwriter.

With his first three albums, Heads & Tales, Sniper and Other Love Songs, and Short Stories, he created his own distinctive brand of story songs which described the situations of outsiders who were alienated, sad, lonely, and spiritually bereft. These touching ballads challenged listeners to identify with the suffering, loss, and anguish of laundry workers, disc jockeys, and others. 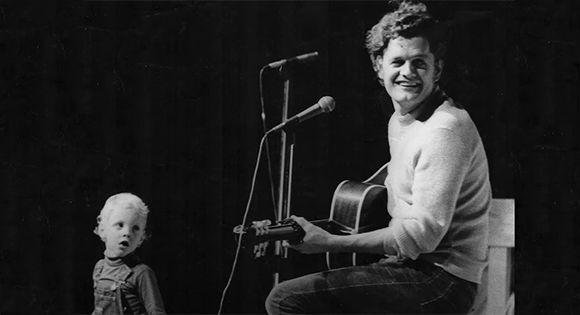 On his album Verities & Balderdash, he took his music and lyrics one step further by placing many songs in the context of America's divisions. The album included "Cat's in the Cradle," which catapulted him to superstar status; this documentary chronicles how it became a cultural shorthand for an unsatisfactory father-son relationship. Later songs "Taxi" and "Circle" were also huge hits. Chapin expanded his musical career with Broadway productions of The Night That Made America Famous and Cotton Patch Gospel.

Harry Chapin: When in Doubt, Do Something covers his musical career, with tributes from Billy Joel, Pete Seeger, Kenny Rogers, Graham Nash, Pat Benatar, Darryl “DMC” McDaniels, Richie Havens, and other musicians who not only admired his songwriting genius but covered many of his songs themselves. Chapin sold over 16 million albums and performed constantly before his tragic death in a car crash at age 38. 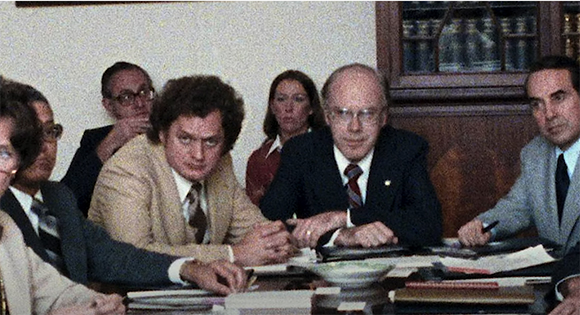 But the real focus of this documentary is on his activism and service. Determined to have an impact on some problem in the world, he chose to address world hunger, founding with Catholic priest Bill Ayres WhyHunger, a nonprofit organization leading the movement to end hunger and advance the human right to nutritious food in the U.S. and around the world. He gave many benefit concerts to raise money for the organization, at one point telling Bruce Springsteen that he played "one night for me and one night for the other guy." He lobbied in Washington and was a key figure in the creation during the Carter administration of the Presidential Commission on World Hunger.

There's no need to prioritize the elements of Chapin's legacy, but it is significant that the charities he organized are still going strong. A portion of the proceeds of this film will go to WhyHunger and The Harry Chapin Foundation. During a tribute concert held in 1987 at Carnegie Hall, Bruce Springsteen put it well: "I think that Harry instinctively knew that it was going to take a lot more than love to survive; it was going to take a strong sense of purpose, of duty, and a good clear eye on the dirty ways of the world. So in keeping his promise to his self, he reminds us of our promise to ourselves. And tonight, alongside Harry, it's that promise that his spirit would have us remember and honor and recommit to. So do something." Here's Springteen's tribute and version of Chapin's "Remember When the Music."