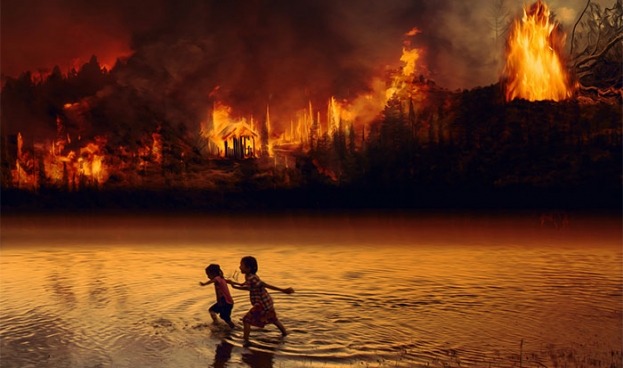 Praying for Our Part in Preserving the Amazon Rainforest

Photo courtesy of pixundfertig at Pixabay.com

The Amazon's tropical rainforests — often described as "the Earth's lungs" because they generally draw in carbon dioxide and breathe out oxygen — have seen a record number of more than 74,000 fires in 2019. "We're all looking at what we can do about it," says Lynne Twist, who describes herself as "a proactivist, driven by a vision." She co-founded The Pachamama Alliance and founded The Soul of Money Institute, dedicated to alleviating poverty and hunger and to advocating for indigenous rights and the rights of nature.

In a video remix of her responses to the Brazilian fires, she describes Amazonia as "a treasure, a jewel, one of the most incredible places on Earth" and observes that the fires are being driven by "desperate people who are being forced by agribusiness to expand their crops, their lands." The cleared lands are used to grow soy, raise beef, log wood, and mine metals — much of which is exported to North America, Europe, and China. But the fires used for this clearing have gone out of control. As Nick Paton Walsh, an Emmy Award-winning senior international correspondent for CNN, reflects in a September 4, 2019 article about the Amazon burning:

"When the moist forest canopy becomes so dry, and the savannah spreads, that fires propagate and expand in a vicious circle? Like much of climate science, we can only get learned warnings and then watch as reality often exceeds our initially modest concerns. It seems we don't understand the planet well enough to be guessing at the timetable for our own extinction."

To address the question of what we can do, Lynne Twist recommends supporting these organizations working in the Amazon:

She puts out a plea for people to reduce meat consumption to make one less reason for agribusiness to destroy the Amazon rainforest, and of course along with that goes the need to become increasingly aware of the origins of other products we buy. Nick Paton Walsh points out that the destruction "isn't going to stop until we stop buying the stuff" that's driving it.

And so we pray this news …

We want to walk more gently on your lands.
We want to show by our actions that we respect and appreciate your gifts of plants and animals.
We want to honor your bounty by:

May we each know what to do in our own lives to bring about this vision.
May we fully understand that it's not time for "business as usual."
May we reinforce each other's efforts to simplify.
May we feel ourselves as cells in your body
And treat you with the reverence you deserve.

We know that the time to do these things is now.