The U.N. Report on Climate Change Is a Call to Action for Spiritual Activists

The recently released UN report "Climate Change 2014: Impacts, Adaptation, and Vulnerability" makes it clear that the effects of global warming are already here with food shortages, droughts, and violent weather patterns taking place around the world. According to the U.S. Environmental Agency, global emissions increased by about 1.5 times from 1990 through 2008. 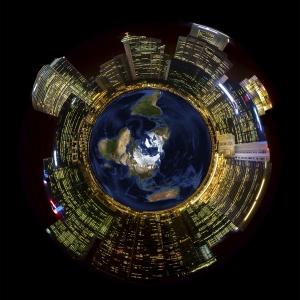 Although we call this planet home we have continued to defile the land, water, and air. In this century we have already seen the chaos this climate change can bring: high temperatures in Europe, forests burning down in the United States, droughts in Australia, and rampaging floods in Thailand. Unless something is done soon we face ever more global catastrophes.


Many frightened, angry, and disappointed people are in deep denial about climate change and avoid thinking or talking about it. A majority of Americans still register low levels of concern about the impact of climate change, according to a new Gallup poll. A little more than a third of those polled said they worry "a great deal" about climate change or global warming, putting the phenomena at the very bottom of a list of eight environmental issues addressed by the survey.

Recent polls have shown that many Americans do see climate change as a serious threat in the future, but they think they will be long gone before it happens; they are just not worried now. A Pew poll last year found that people in other countries are much more concerned about climate change than their American counterparts. Meanwhile, the worry expressed domestically on the subject is "essentially the same as it was in 1989," Gallup said.

In light of this denial about global warming, it behooves spiritual activists to keep bringing this subject to the fore in conversations. American psychologist Mary Pipher calls it "America's Biggest Social Taboo." One reason many people squirm in regard to climate change is that they don't have the confidence that they personally can drastically switch the ways they eat, drive, and use appliances; spiritual activists can encourage them and give them specific steps to take.


Finally, spiritual activists can keep track of local groups working to avert global climate change and share news of their activities via their social media and other channels. In 2008, environmentalist Paul Hawken identified 2 million of them. Maybe one of these change-makers will be able to change the attitudes of those with no interest in global warming.

Next Post: What It Takes to Say "Yes" to Life