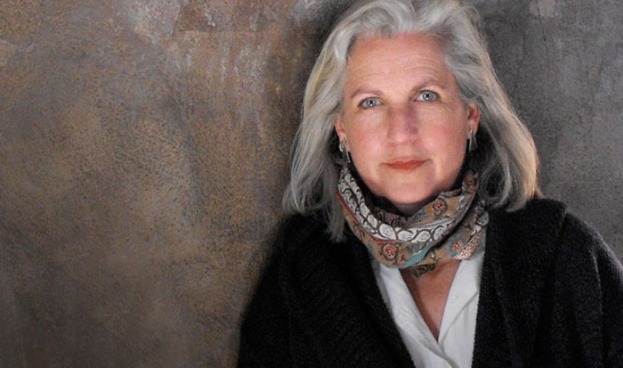 Everything Is Being Turned Inside Out: Interview with Terry Tempest Williams

In an interview with Sarah van Gelder, the co-founder and editor-at-large of Yes! Magazine, one of our favorite Living Spiritual Teachers Terry Tempest Williams shared her vision of where we are at this moment in history. With the same creativity and deep questing spiritualty that she has demonstrated in her writings, she spells out the probes and epiphanies that challenge us to spiritual action.

For example, when asked what it means to be alive at this time in history, Williams responds that we're in what Ed Hirsch in his book A Poet's Glossary calls a "poetic crossing" which is:

"The movement within a poem from one plane of reality to another, as when Dante crosses over from the earthly realm to the infernal regions in The Inferno. A poetic crossing, which follows the arc from physical motion to spiritual action, requires the blacking out of the quotidian world and the entrance into another type of consciousness, a more heightened reality. It is a move beyond the temporal, a visionary passage."

We are in what definitely feels like a transitional moment as we move from physical motion to spiritual action. This is not a time for dogmatic answers or cynical posturing. Or as Williams puts it: "I absolutely have no answers. I just know what it feels like to stand in the vitality of the struggle, which is a phrase that I have adopted from Gertrude Stein."

Asked what that feels like, Williams says "That we know nothing. That the world is completely shifting under our feet, that it's sand instead of bedrock."

After lamenting the political clout of corporations and saluting the political engagement of so many people and organizations who realize that climate change must be halted as our planet is at stake, Williams notes:

"You know, I think about those words…: humility, discernment, sacrifice. I think it circles back to the notion that survival, now, becomes a spiritual practice. And that’s where I find my calm returning. That’s where I return to the place where my voice deepens, and I’m no longer residing in the hysteria of politics. That’s where my grounding is.

"And it comes back to this: Have I had eye contact with another species today? Be it a chickadee or a praying mantis in the garden or our dog? Or each other?

"And I think it also has to do with slowing down so we can listen and hear and remember who we are and who we are not."

Although we face staggering issues in these dire times, Williams is convinced that we must keep alive the spiritual practices of joy and play. She concludes the interview with:

"I think this is where we are. We’re in this time where everything is being turned inside out, including us. Do we have the stamina to not walk away, to stay in this hard place of transformation? I think we do. And to me, that’s evolution. I can’t imagine being alive at a more thrilling, challenging time where what is called for is acts of imagination, direct action, and stillness."

Thank you Yes! Magazine and the inimitable Terry Tempest Williams for this soul-stretching interview from their Fall 2015 issue.

We vow to not walk away from this hard place of transformation.

We vow not to hide in the old habits of rigid certainties but to abide in the big mysteries which surround us.

We vow to walk as best we can with open hearts and open minds during this poetic crossing from one place to another.

And we vow to practice imagination, direct action, and stillness during this period when everything is being turned inside out, including us.


Next Post: How to Avoid Polarization in Sports and Politics