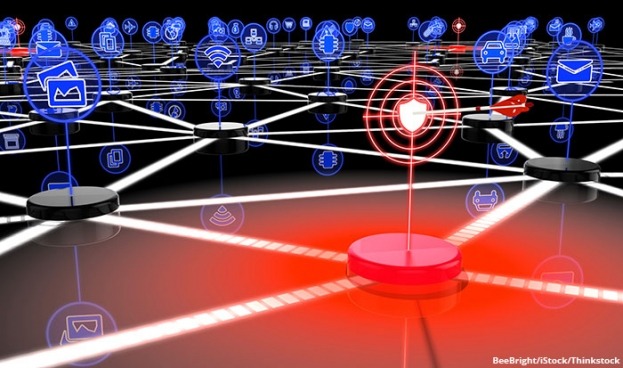 Posted by Frederic and Mary Ann Brussat on September 13, 2016

On June 14, 2016, NATO announced that it was designating cyberspace as an "operational domain" for war alongside land, sea, and air. Jens Stoltenberg told a press conference: "It means that we will coordinate and organize our efforts to protect against cyberattacks in a better and more efficient way."

Aviva Rutkin in an article on newscientist.com notes that in cyberwar the targets include not only government systems but also water supply, power, or telecommunications companies. Nations around the world are now gearing up for this opportunity to hack into the data systems of enemies and bring chaos to them.

In our essay "Living in Wartime," written long ago in 2002, we outlined all the various ways the world was living with war — arms conflicts, for sure, but also all the conflicts that go on under the umbrella of culture wars: battles between races or over sexual orientation, disputes based on religious intolerance and ignorance, the growing gap between the rich and the poor, the war on drugs, and, as climate change has shown us, the war on nature. If anything, the situation has gotten worse since then.

Now add to that dire picture of the world the reality of cyberwar. A bold analysis of this phenomenon is given in Alex Gibney's thought-provoking film Zero Days. Once you learn about how and where it could be waged, it's hard to get it out of your mind. It's like a bad dream that you just can't forget.

Spiritual activists have been working for peace on land, sea, and air for centuries. They have been addressing the lack of peace within societies, neighborhoods, and families. The problem is, cyberwar battles are kept secret and hidden inside intelligence operations. How can we evaluate it when we know so little about it? Getting informed and figuring out what we can do are spiritual challenges in our times.