"The dream of God as we see it in Jesus — his alternative social vision — is usefully crystallized in three complementary ways. First, I call it a 'politics of compassion.' For Jesus, compassion was more than a virtue for an individual. It was the basis of his criticism of the social order: for Jesus, the compassion of God stood against the domination system of his day. Compassion was also the paradigm or core value of his social vision: Jesus' understanding of God as compassionate led to a social vision grounded in compassion. It stood in sharp contrast to the core value of the social vision of elite theology, which was a politics of holiness and purity centered in the temple and legitimating the social order. Compassion as a core political paradigm suggests a political order that is life-giving, nourishing, and inclusive.

"Second, the most effective shorthand nonbiblical language known to me for the dream of God and its opposition to elite theology and politics has been supplied by Walter Wink. Elite theology and politics lead to 'domination systems.' The opposite is 'God's domination-free order.' This — 'God's domination-free order' — is the dream of God. The exodus paradigm, which surfaced again in the prophets and Jesus, is meant for all of us. We are not meant to live under the domination of Pharaoh or Caesar, whatever form that takes.

"Third, one may speak of Jesus' social vision with one of his most frequently used phrases: 'the kingdom of God.' Though the phrase had several nuances of meaning, one was theopolitical. His hearers knew about other kingdoms, especially Herod's and Caesar's. The kingdom of God is what the world would be like if God were king, rather than Herod and Caesar. In such a world, the poor would be fortunate, the mighty put down from their thrones, the rich sent away empty-handed. Domination systems would be replaced by God's domination-free order. 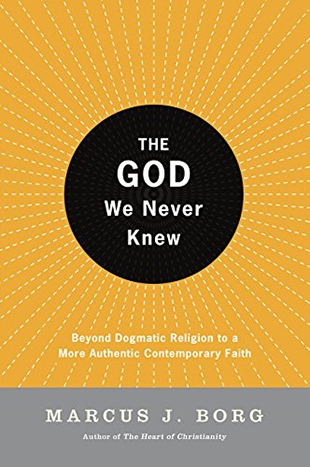